A new species of pterosaur, Maaradactylus kellneri gen. nov., sp. nov. (Archosauria: Pterosauria) from the Romualdo Formation (Aptian/Albian), is herein described. The specimen (MPSC R 2357) was found at Sítio São Gonçalo, Santana do Cariri city (State of Ceará, northeast Brazil) and consists of the skull, atlas and axis, and represents one of the largest skulls of the Anhangueridae from the Araripe Basin described. The autapomorphies of the new pterosaur include the following characters: a premaxillary sagittal crest that is relatively long and high, beginning at the anterior part of the skull (rostrum) and extending to the 22nd pair of alveoli, not covering the nasoantorbital fenestra or the choanaes, and also the presence of 35 pairs of alveoli; smooth palatal ridge, which starts on the 5th pair of alveoli and ends on the 13th pair; palate is convex shaped in the anterior region; choanae not extending laterally; small and convex palatal elevation; the 5th, 6th and 7th alveoli smaller than the 4th and 8th; the alveoli decreasing in size from the 9th to the 12th and increasing from the 13th to 18th, and from the 18th to the 35th they are arranged in triplets. Furthermore, the lateral surface of the premaxillary crest shows grooves and tridimensional structures that may have housed blood vessels. 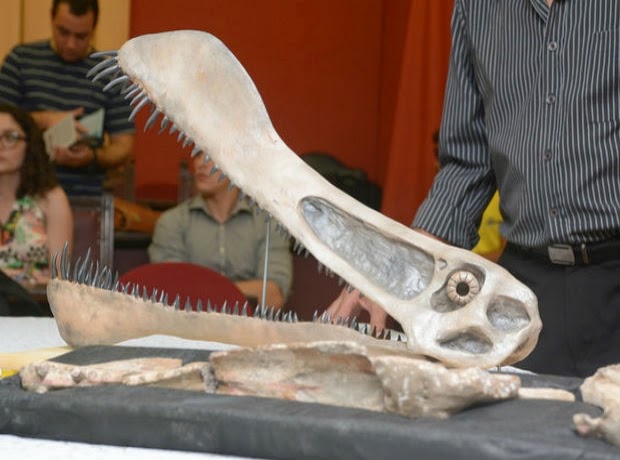 The generic name refers to Maara, in the legends of the Cariri the daughter of a chief, by sorcery changed into a river monster with long teeth, devouring fishermen. The suffix ~dactylus is common in the names of pterosaurs and is derived from Greek δάκτυλος, daktylos, "finger", referring to the long (fourth) wing finger. The specific name honours Alexander Kellner, Brazil's foremost pterosaur expert. 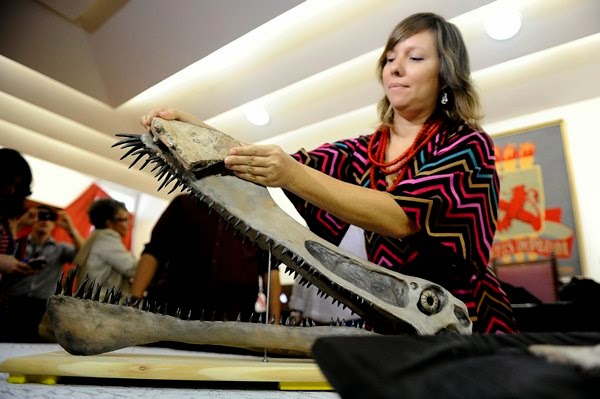 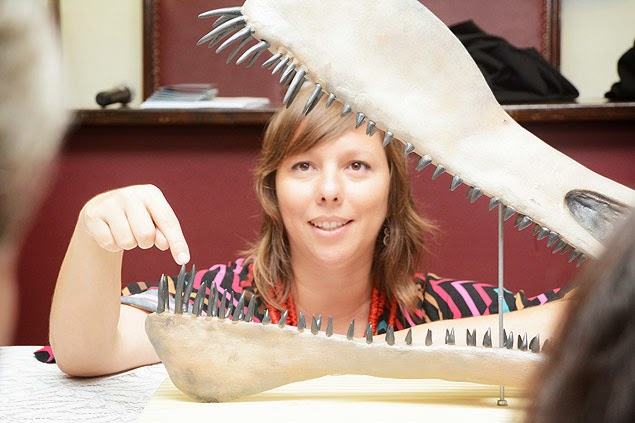