The Aptian Jiufotang Formation of northeast China is a Konservat Lagerstätte particularly rich in pterosaurs, notably azhdarchoids. Here we describe a new genus and species of toothed pteranodontoid pterosaur, Ikrandraco avatar gen. et sp. nov., based on two laterally flattened specimens. Ikrandraco avatar is diagnosed by a suite of features, including a very low and elongate skull, strongly inclined quadrate, and a deep, blade-like bony mandibular crest with a hook-like process on its posterior edge, an unusual structure so far unique to this taxon. The particular skull shape hints at a distinct feeding habit for pterosaurs that potentially includes temporary skimming and an extensible skin acting as a throat pouch that was more developed than in any other pterosaur known so far. The presence of two other taxa of purported piscivorous pterosaurs in the Jiufotang Formation suggests distinct resource exploitation in this part of China during the Early Cretaceous. 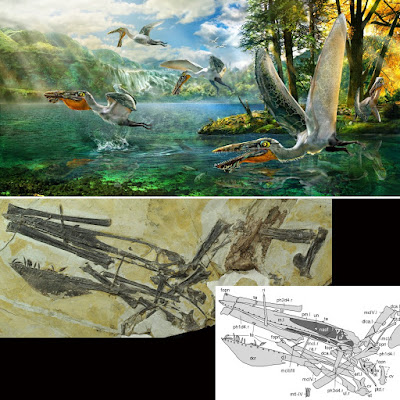 Type species: Ikrandraco avatar, type by monotypy.
Etymology: Ikran, from the fictional flying creature portrayed in the movie Avatar that shows a well developed dentary crest, and draco, from the Latin meaning dragon.

Diagnosis: The same for the type species. 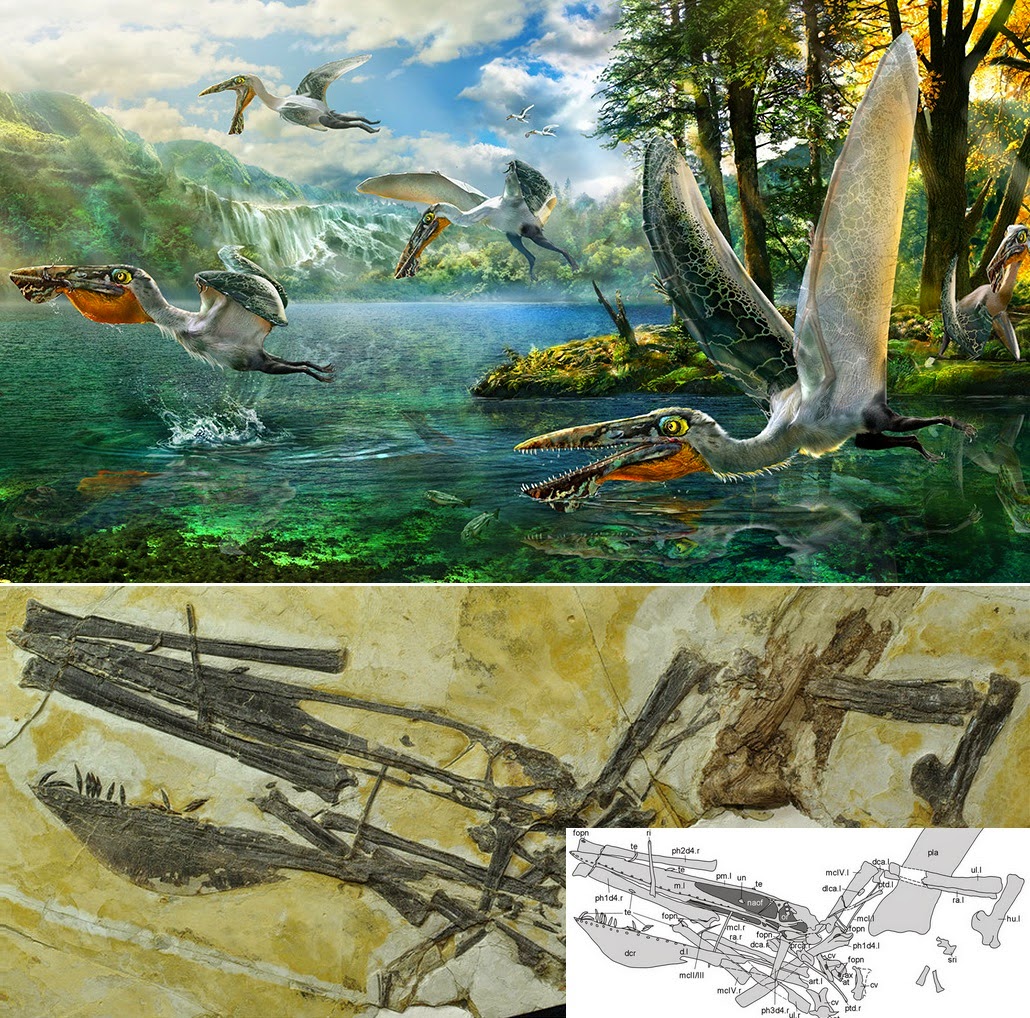 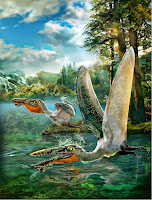 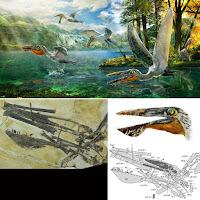