[Ichthyology • 2014] Osteology of Kryptoglanis shajii, a stygobitic catfish (Teleostei: Siluriformes) from Peninsular India with a diagnosis of the new family Kryptoglanidae 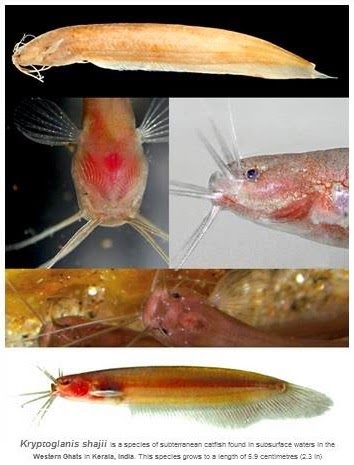 Kryptoglanis shajii was recently described from a public well in Kerala, India. Its systematic position among catfishes has remained unresolved partly due to lack of morphological information. We present here a detailed osteological description of the skeleton of K. shajii and discuss its unusual skeletal features. Unlike most other catfishes Kryptoglanis has a fifth vertebra that is well-separated from the Weberian complex, a character shared only with the Diplomystidae, Helogenes and with the troglobitic or phreatic ictalurids Trogloglanis, Prietella and Satan. There is no trace of the dorsal fin or its supporting skeleton and the caudal fin skeleton consists of a single hypural plate articulating with five rays. Kryptoglanis has a number of reductive features, which may be interpreted as developmental truncations. It lacks the vomer, metapterygoid, all infraorbital bones except the antorbital, the mesocoracoid, and the pectoral fin spine.
The phylogenetic position of Kryptoglanis remains unclear, even though the reduced condition of the palatine may point to a closer relationship with the Siluridae. Our osteological analysis of Kryptoglanis demonstrates that this genus cannot be accommodated into any known catfish family and we therefore propose the new family Kryptoglanidae for it. 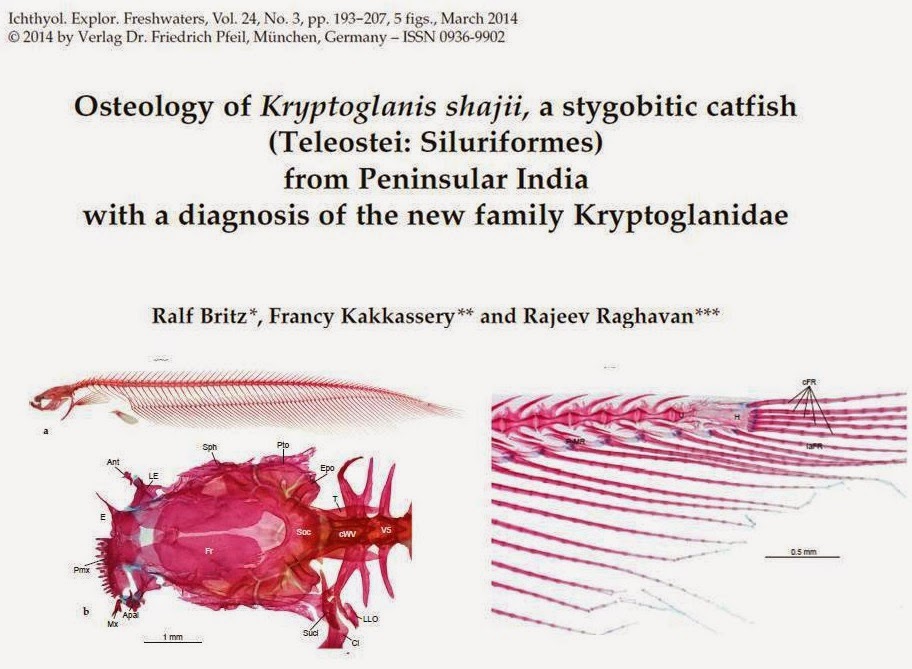