[Ornithology • 2014] Molecular Phylogenetics and the Diversification of Hummingbirds 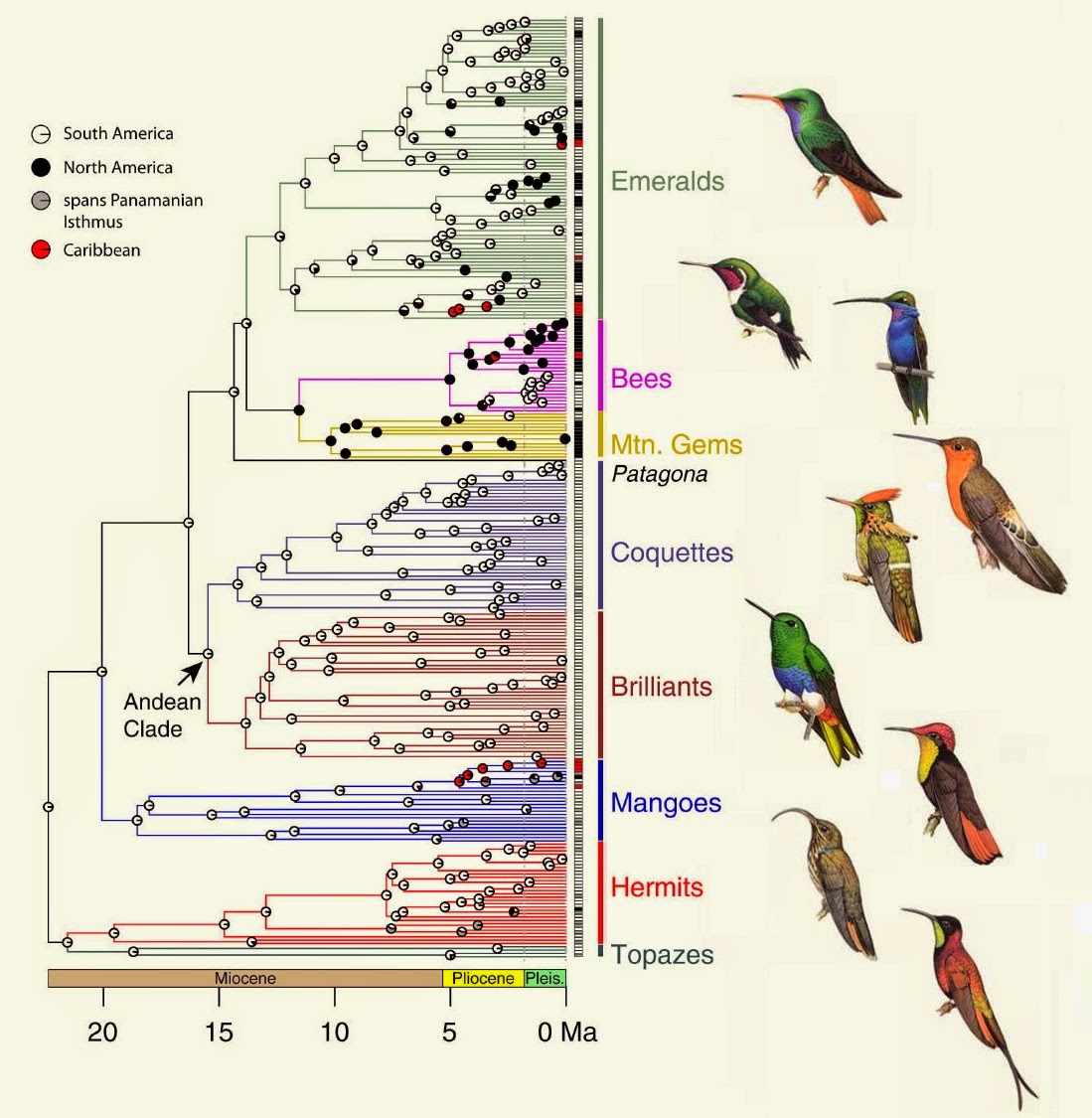 Highlights
• We present a time-calibrated multilocus phylogeny for 284 species of hummingbirds
• Hummingbird diversification began ∼22 million years ago
• Hummingbirds diversified rapidly, but via heterogeneous clade-specific processes
• Invasion of new land areas such as the Andes and North America spurred diversification

Summary
The tempo of species diversification in large clades can reveal fundamental evolutionary mechanisms that operate on large temporal and spatial scale. Hummingbirds have radiated into a diverse assemblage of specialized nectarivores comprising 338 species, but their evolutionary history has not, until now, been comprehensively explored. We studied hummingbird diversification by estimating a time-calibrated phylogeny for 284 hummingbird species, demonstrating that hummingbirds invaded South America by ∼22 million years ago, and subsequently diversified into nine principal clades. Using ancestral state reconstruction and diversification analyses, we (1) estimate the age of the crown-group hummingbird assemblage, (2) investigate the timing and patterns of lineage accumulation for hummingbirds overall and regionally, and (3) evaluate the role of Andean uplift in hummingbird speciation. Detailed analyses reveal disparate clade-specific processes that allowed for ongoing species diversification. One factor was significant variation among clades in diversification rates. For example, the nine principal clades of hummingbirds exhibit ∼15-fold variation in net diversification rates, with evidence for accelerated speciation of a clade that includes the Bee, Emerald, and Mountain Gem groups of hummingbirds. A second factor was colonization of key geographic regions, which opened up new ecological niches. For example, some clades diversified in the context of the uplift of the Andes Mountains, whereas others were affected by the formation of the Panamanian land bridge. Finally, although species accumulation is slowing in all groups of hummingbirds, several major clades maintain rapid rates of diversification on par with classical examples of rapid adaptive radiation. 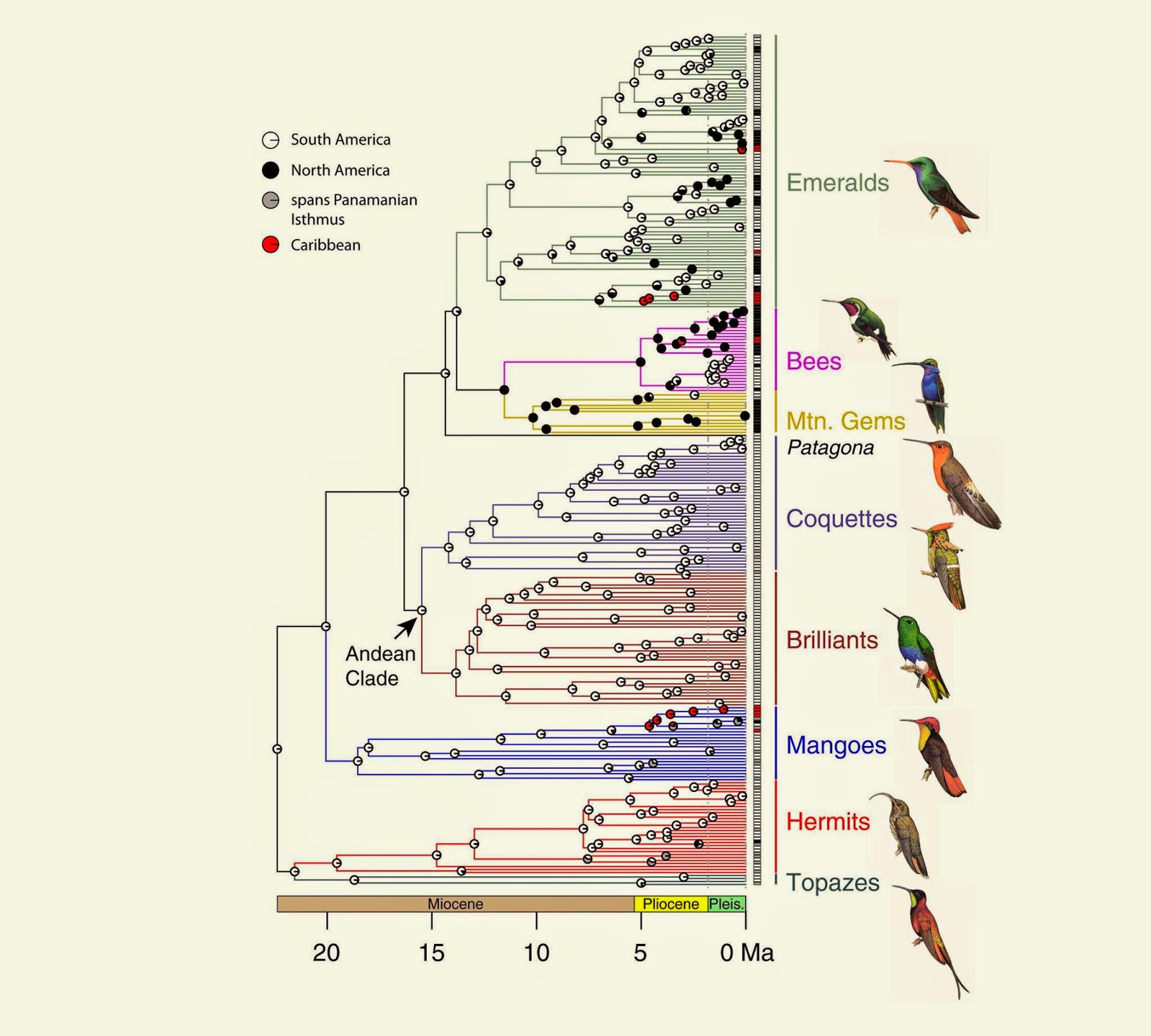 Hummingbird Family Tree
In a 12-year-long study of 284 of the world’s 338 known hummingbird species, an international team of ornithologists has mapped the 22-million-year-old family tree of these tiny birds.
http://www.sci-news.com/biology/science-hummingbird-family-tree-01829.html