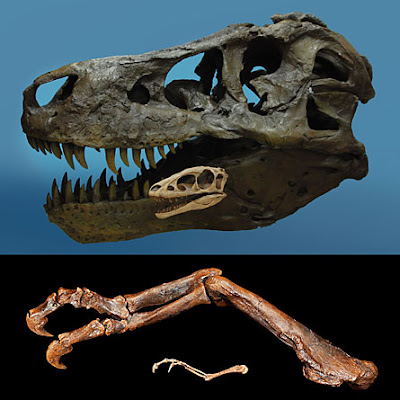 The carnivorous Tyrannosauridae are among the most iconic dinosaurs: typified by large body size, tiny forelimbs, and massive robust skulls with laterally thickened teeth. The recently described small-bodied tyrannosaurid Raptorex kreigsteini is exceptional as its discovery proposes that many of the distinctive anatomical traits of derived tyrannosaurids were acquired in the Early Cretaceous, before the evolution of large body size. This inference depends on two core interpretations: that the holotype (LH PV18) derives from the Lower Cretaceous of China, and that despite its small size, it is a subadult or young adult. Here we show that the published data is equivocal regarding stratigraphic position and that ontogenetic reanalysis shows there is no reason to conclude that LH PV18 has reached this level of maturity. The probable juvenile status of LH PV18 makes its use as a holotype unreliable, since diagnostic features of Raptorex may be symptomatic of its immature status, rather than its actual phylogenetic position. These findings are consistent with the original sale description of LH PV18 as a juvenile Tarbosaurus from the Upper Cretaceous of Mongolia. Consequently, we suggest that there is currently no evidence to support the conclusion that tyrannosaurid skeletal design first evolved in the Early Cretaceous at small body size. 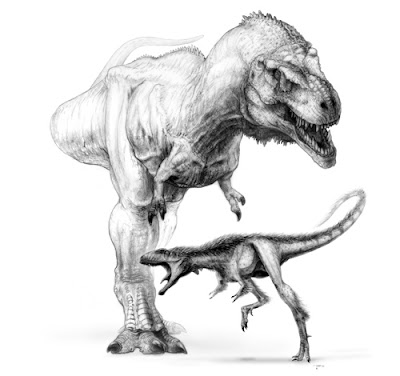 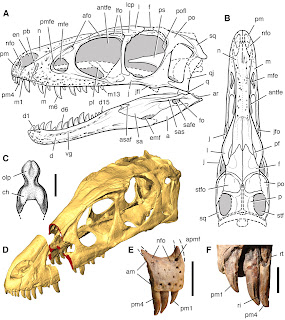 Nearly all of the large-bodied predators (>2.5 tons) on northern continents during the Late Cretaceous were tyrannosaurid dinosaurs. We show that their most conspicuous functional specializations—a proportionately large skull, incisiform premaxillary teeth, expanded jaw-closing musculature, diminutive forelimbs, and hindlimbs with cursorial proportions—were present in a new, small-bodied, basal tyrannosauroid from Lower Cretaceous rocks in northeastern China. These specializations, which were later scaled up in Late Cretaceous tyrannosaurids with body masses approaching 100 times greater, drove the most dominant radiation of macropredators of the Mesozoic. 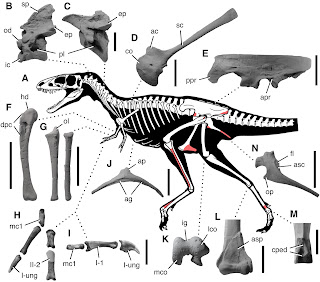 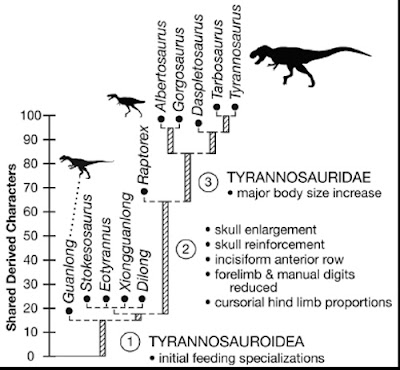 Fig. 4: Temporal, geographic, and phylogenetic patterns among tyrannosauroids.
(A) Temporally calibrated phylogeny of tyrannosauroids based on phylogenetic analysis, showing an early diversity of basal tyrannosauroids (shaded) from localities across Laurasia and plotted on an Early Cretaceous paleogeographic map. Proceratosaurus and Xiongguanlong were excluded from this plot because of limited available morphologic data and age uncertainty, respectively.
(B) Phylogram scaled to the amount of character change (delayed transformation)
Circled nodes 1 to 3 outline major transformations in tyrannosauroid evolution. Taxonomic definitions of Tyrannosauroidea, Tyrannosauridae, and other taxa follow.
Abbreviations for biogeographic area and localities: A, Asia; E, Europe; NA, North America;
1, Stokesosaurus; 2, Proceratosaurus and Eotyrannus; 3, Aviatyrannis; 4, Guanlong; 5, Dilong; 6, Xiongguanlong; 7, Raptorex.