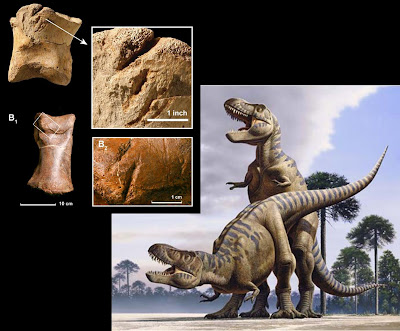 Abstract
Background
Tyrannosaurus rex was one of the largest terrestrial carnivores of all time, and consequently its ecology and diet have been the focus of much discussion. However, there is little direct evidence of diet or feeding habits in this species.

Methodology/Principal Findings
Examination of museum collections has revealed four specimens of Tyrannosaurus rex that bear tooth marks made by large, carnivorous dinosaurs. Because Tyrannosaurus is the only large carnivore known from the Late Maastrichtian of western North America, we infer that Tyrannosaurus made these tooth marks.

Conclusions/Significance
The marks are interpreted as feeding traces and these fossils therefore record instances of cannibalism. Given that this behavior has a low preservation potential, cannibalism seems to have been a surprisingly common behavior in Tyrannosaurus, and this behavior may have been relatively common in carnivorous dinosaurs. 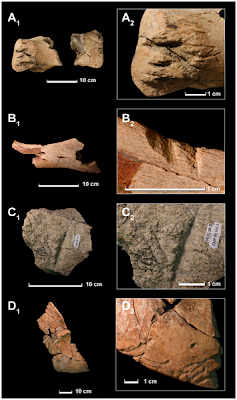 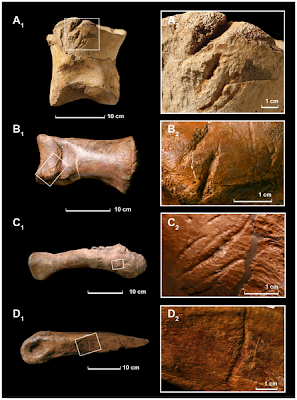