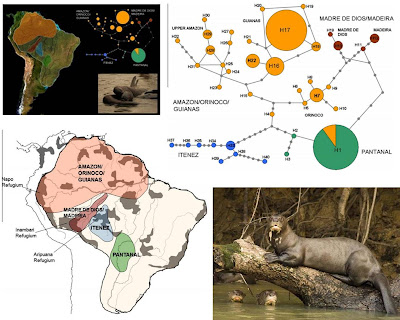 Abstract
The giant otter, Pteronura brasiliensis, occupies a range including the major drainage basins of South America, yet the degree of structure that exists within and among populations inhabiting these drainages is unknown. We sequenced portions of the mitochondrial DNA (mtDNA) cytochrome b (612 bp) and control region (383 bp) genes in order to determine patterns of genetic variation within the species. We found high levels of mtDNA haplotype diversity (h = 0.93 overall) and support for subdivision into four distinct groups of populations, representing important centers of genetic diversity and useful units for prioritizing conservation within the giant otter. We tested these results against the predictions of three hypotheses of Amazonian diversification (Pleistocene Refugia, Paleogeography, and Hydrogeology). While the phylogeographic pattern conformed to the predictions of the Refugia Hypothesis, molecular dating using a relaxed clock revealed the phylogroups diverged from one another between 1.69 and 0.84 Ma, ruling out the influence of Late Pleistocene glacial refugia. However, the role of Plio-Pleistocene climate change could not be rejected. While the molecular dating also makes the influence of geological arches according to the Paleogeography Hypothesis extremely unlikely, the recent Pliocene formation of the Fitzcarrald Arch and its effect of subsequently altering drainage pattern could not be rejected. The data presented here support the interactions of both climatic and hydrological changes resulting from geological activity in the Plio-Pleistocene, in shaping the phylogeographic structure of the giant otter. 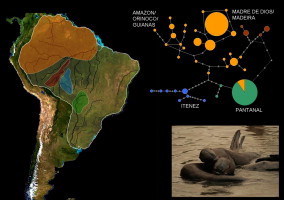 Highlights
► In this paper we investigate the phylogeography of the endangered giant otter. ► We sequence mitochondrial control region and cytochrome b genes. ► We resolve four distinct phylogroups, constituting conservation units. ► We tested three hypotheses of Amazonian diversification. ► The Plio-Pleistocene origin of the phylogroups appears driven by changes in climate and drainage. 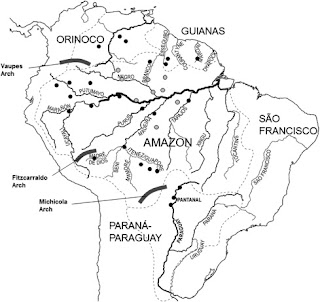 Fig. 1. The drainage system of South America and the geographic origin of samples used in this study. Watersheds are outlined by dashed lines and the positions of important geological arches are indicated. Black circles refer to sequences from this study, gray circles to sequences from Garcia et al. (2007). 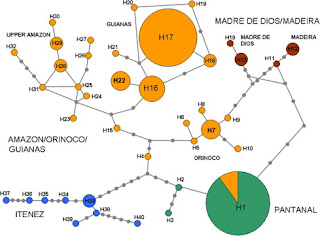 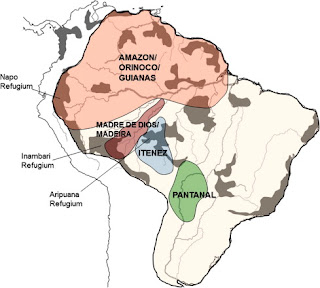 Fig. 6. Important regions of genetic diversity within the giant otter correlated with Pleistocene rainforest refugia in gray identified by Whitmore and Prance (1987) based on data gathered from birds, butterflies, and plants and accounting for soil and precipitation. The geographic extent of the four phylogroups are highlighted and the historical extent of the species’ range is also shown. 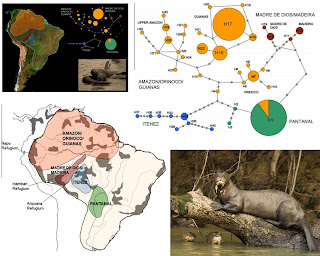