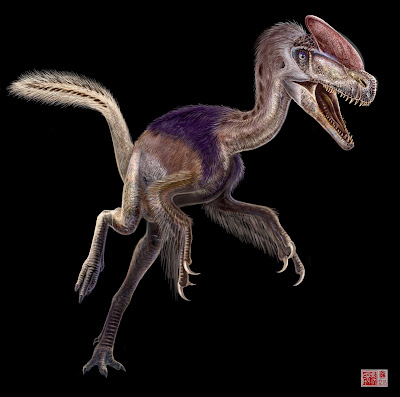 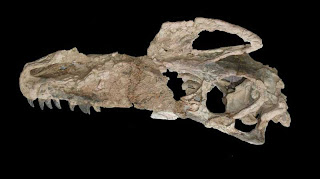 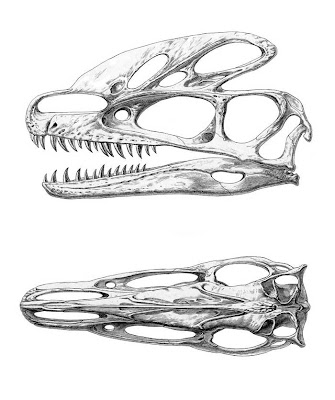 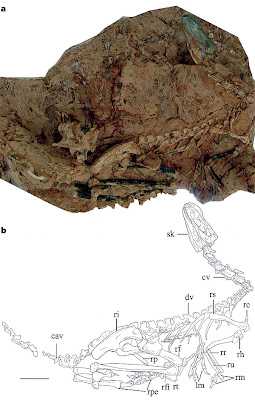 Holotype. IVPP (Institute of Vertebrate Paleontology and Paleoanthropology, Beijing) V14531 is a partly articulated skeleton preserving most of the elements.

Referred material. IVPP V14532 is much smaller than the holotype and is a fully articulated, nearly complete skeleton. 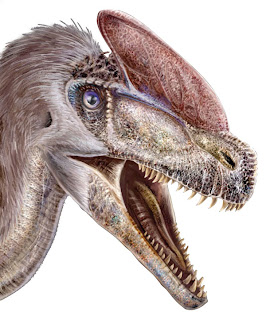 'Crowned dragon': This reconstruction of the head of Guanlong wucaii is based on Xu and colleagues, the most notable feature being the crest, which may have been used in visual display.
(Drawing by Zhongda Zhang, reproduced by courtesy of the Institute of Vertebrate Paleontology and Paleoanthropology, Beijing.) 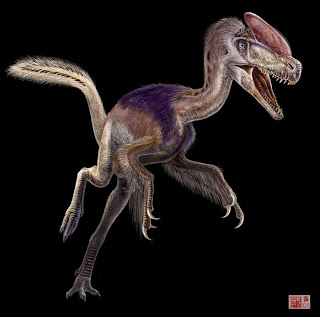 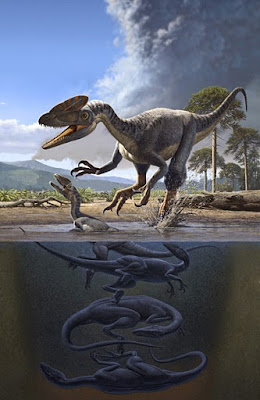 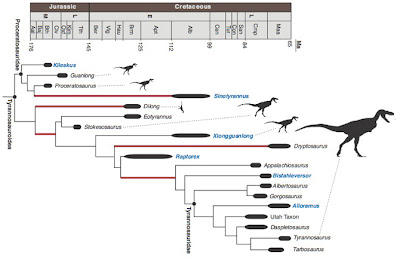 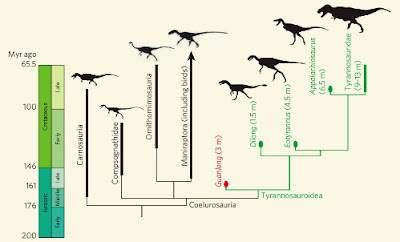 Guanlong wucaii in evolutionary context:
The bipedal and carnivorous theropod dinosaurs first appeared around 235 million years (Myr) ago in the Triassic period, later diverging into several different lines. In particular, during the Jurassic, one lineage (the Avetheropoda) divided into the Carnosauria and Coelurosauria, the latter including the Tyrannosauroidea. Certain primitive features of the two Guanlong fossils show that Guanlong lies at the base of the lineage of the tyrannosauroids, and close to the divergence between the major lineages of coelurosaurs. Numbers in parentheses indicate adult length. 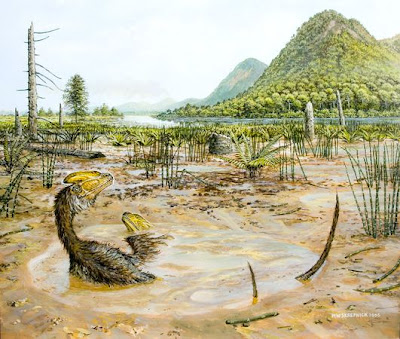 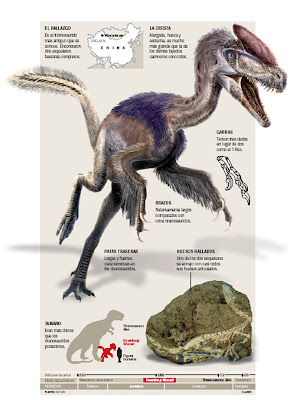 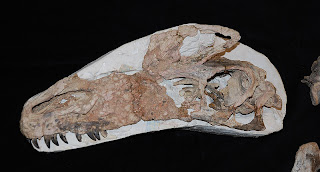 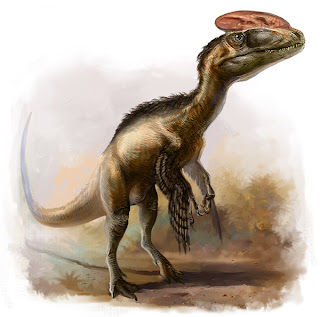