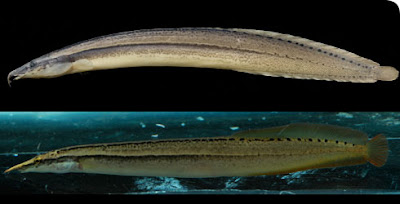 Macrognathus pavo differs from all other Asian mastacembelids by the presence of only 4-6 dorsal-fin spines (vs 11-42). 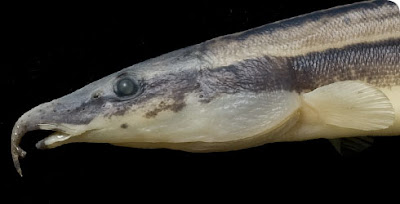 A characteristic feature of spiny eels is their long snouts or trunks which are highly sensitive and are used to probe around for insects and worms. © Ralf Britz 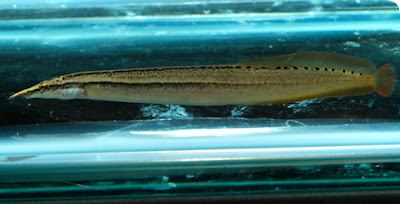 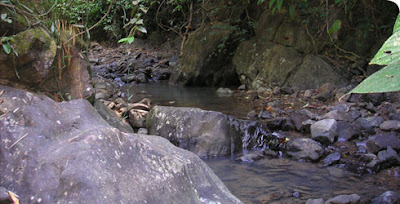 Macrognathus pavo is only known from this mountain stream, Kyeintali Chaung in the Rakhine Yoma mountain range in western Myanmar. © Ralf Britz 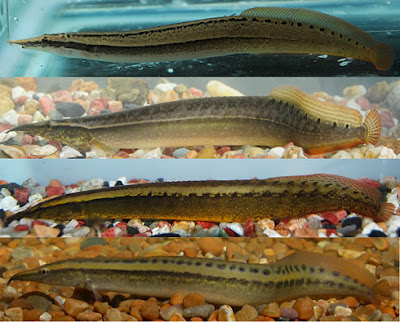