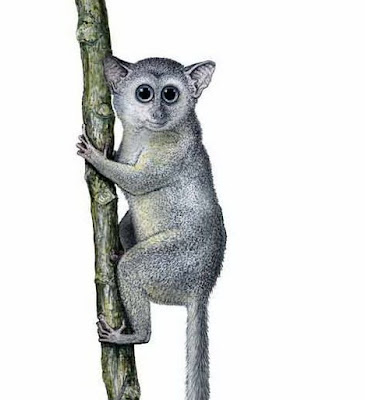 Abstract
Undoubted primates first appear almost synchronously in the fossil records of Asia, Europe, and North America. This temporal pattern has complicated efforts to reconstruct the early dispersal history of primates in relation to global climate change and eustatic fluctuations in sea level. Here, I describe fossils from the Tuscahoma Formation on the Gulf Coastal Plain of Mississippi documenting an anatomically primitive species of Teilhardina that is older than other North American and European primates. Consistent with its antiquity, a phylogenetic analysis of dental characters recognizes Teilhardina magnoliana, sp. nov., as the most basal member of this genus currently known from either North America or Europe. Its stratigraphic provenance demonstrates that primates originally colonized North America near the base of the Paleocene–Eocene Thermal Maximum (PETM), but before an important fall in eustatic sea level. Correlation based on carbon isotope stratigraphy and sequence stratigraphy indicates that the earliest North American primates inhabited coastal regions of the continent for thousands of years before they were able to colonize the Rocky Mountain Interior. The transient provincialism displayed by early North American primates corresponds to similar biogeographic patterns noted among fossil plants. Decreased precipitation in the Rocky Mountain Interior during the early part of the PETM may have been an important factor in maintaining biotic provincialism within North America at this time. These results underscore the need to obtain multiple, geographically dispersed records bearing on significant macroevolutionary events such as the PETM. 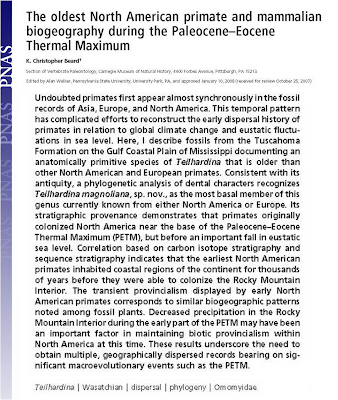 Etymology. For Mississippi, the Magnolia State. 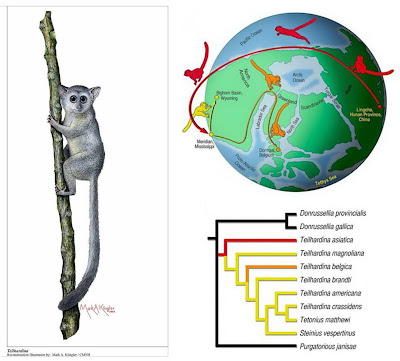 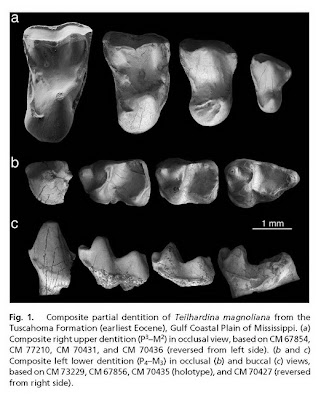 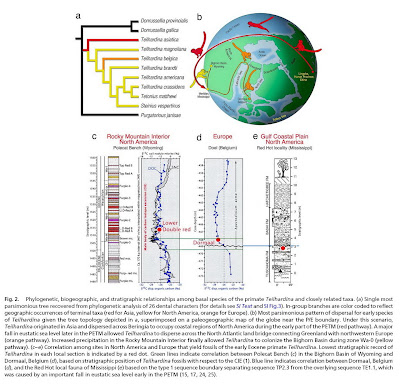