Species richness in the genus Miniopterus has been greatly under-reported, with a large number of taxa having been discovered and described in the past two decades. Using molecular, standard morphometrics and acoustic data, we present evidence for the existence of a new species in Mozambique and neighbouring Malawi. Based on cytochrome b (cyt b) and cytochrome oxidase I (COI), the new species is sister to M. minor, from which it is readily distinguishable by its larger size (including non-overlapping forearm measurements, allowing separation in the field). It is distinguishable from sympatric M. mossambicus, itself a newly described taxon from Mozambique, by forearm measurements and a peach-orange wash to the skin around the eyes. In external appearance, it is most similar to M. fraterculus, from which it is only reliably identifiable by multivariate analysis of craniodental features and by a genetic distance of 6.4% in the cyt b gene; the two species also occupy widely differing geographic ranges. The type locality of the new species is Mount Gorongosa, and all known records are from large mountains in central and northern Mozambique and southern Malawi. Further research is required to establish its geographic range and understand its basic ecology. Considering its relatively restricted distribution to threatened montane habitats, we suggest that its global conservation status be urgently assessed.
Key words: cryptic species, Miniopteridae, cytochrome b, morphometrics, taxonomy, Mozambique 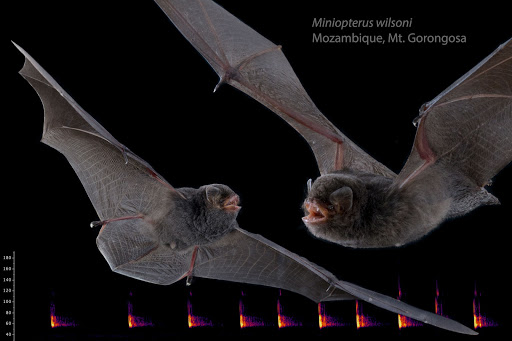 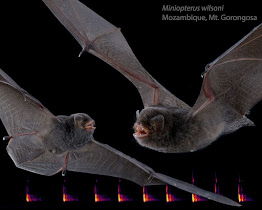