Abstract
Camellia mingii S.X.Yang is described and illustrated as a new species from southeast Yunnan Province, China. It is morphologically closest to C. pubipetala, but can be easily distinguished by its spiral arrangement of bracteoles and sepals; its bracteoles and sepals lunate, reniform or broadly ovate, glabrous inside and densely puberulent outside; its petals orbicular to short elliptic, puberulent on both sides; and its inner filaments puberulen to ca. 2/3 from base. Molecular analyses based on GBSSI sequences also support C. mingii as a distinct species of yellow camellia. It is ‘Critically Endangered’ (CR) according to the IUCN Red List Categories and Criteria. 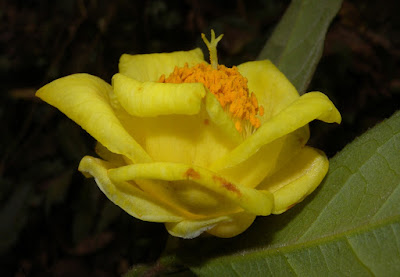