Abstract
Here, we describe the dicynodont Lisowicia bojani, from the Late Triassic of Poland, a gigantic synapsid with seemingly upright subcursorial limbs that reached an estimated length of more than 4.5 meters, height of 2.6 meters, and body mass of 9 tons. Lisowicia is the youngest undisputed dicynodont and the largest nondinosaurian terrestrial tetrapod from the Triassic. The lack of lines of arrested growth and the highly remodeled cortex of its limb bones suggest permanently rapid growth and recalls that of dinosaurs and mammals. The discovery of Lisowicia overturns the established picture of the Triassic megaherbivore radiation as a phenomenon restricted to dinosaurs and shows that stem-group mammals were capable of reaching body sizes that were not attained again in mammalian evolution until the latest Eocene. 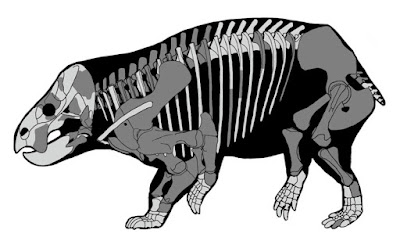 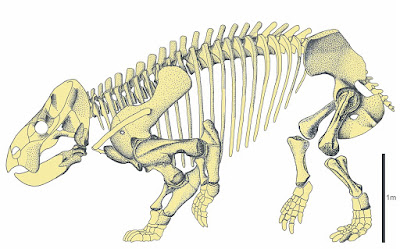 Etymology. Lisowicia, from the name of the village Lisowice where the bones were found; bojani, in honor of Ludwig Heinrich Bojanus (1776–1827), comparative anatomist and paleontologist. 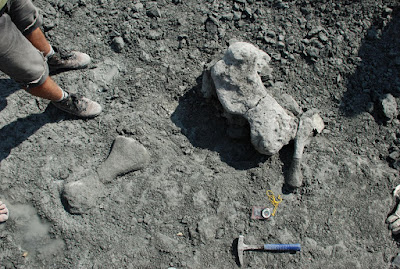