We describe a new species of the endemic frog genus Nasikabatrachus, from the eastern slopes of the Western Ghats, in India. The new species is morphologically, acoustically and genetically distinct from N. sahyadrensis. Computed tomography scans of both species revealed diagnostic osteological differences, particularly in the vertebral column. Male advertisement call analysis also showed the two species to be distinct. A phenological difference in breeding season exists between the new species (which breeds during the northeast monsoon season; October to December), and its sister species (which breeds during the southwest monsoon; May to August). The new species shows 6 % genetic divergence (K2P) at mitochondrial 16S rRNA (1330 bp) partial gene from its congener, indicating clear differentiation within Nasikabatrachus. Speciation within this fossorial lineage is hypothesized to have been caused by phenological shift in breeding during different monsoon seasons—the northeast monsoon in the new species versus southwest monsoon in N. sahyadrensis. It is postulated that proximate triggers of breeding behavior and highly stenotopic adaptation of Nasikabatrachus tadpoles to inhabit cascades during monsoonal stream flows, have led to allopatry on the eastern and western slopes of the Western Ghats, thereby promoting speciation in this ancient genus.

Etymology: The species epithet commemorates Dr. S. Bhupathy, a noted scientist and a field herpetologist, who passed away due to an ill-fated accident while conducting herpetological surveys in Agasthyamalai, Western Ghats on April 28, 2014. 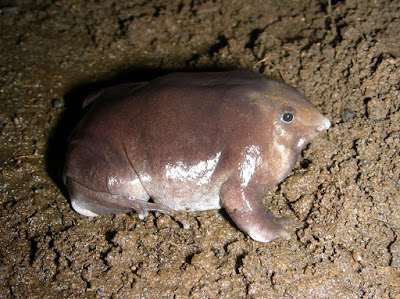 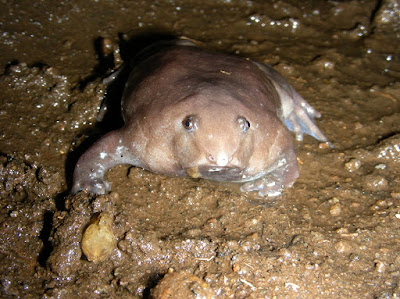 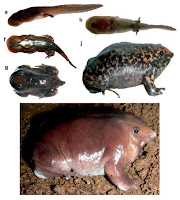