[Mammalogy • 2013] Caenolestes sangay • A New Species of Shrew-Opossum (Paucituberculata: Caenolestidae) from the eastern slopes of the Andes in Ecuador, with A Phylogeny of Extant caenolestids

Abstract
The 4 known species of northern shrew-opossums, Caenolestes (Paucituberculata: Caenolestidae), are restricted to the northern Andes of South America. Five specimens of a new species of Caenolestes were collected in Sangay National Park on the eastern slopes of the Andes in Ecuador. Review of museum specimens revealed 6 additional specimens of this species, here named Caenolestes sangay. All specimens were collected in cloud forest habitats from 2,050 to 3,500 m above sea level along a recently constructed highway. The new species appears to be uncommon. Inadequate sampling on the eastern slopes of the Andes limits our understanding of the distributional limits of the new species, but it occurs in a region of high endemism. New roads and land conversion threaten mature habitats near the type locality. The new species is medium sized with a narrow antorbital vacuity. It is distinguished from congeners by its large major palatine foramen and a diastema between I4 and C, among other characters. A phylogeny of Caenolestidae based on molecular and morphological characters shows a sister-group relationship between Lestoros and Rhyncholestes and indicates that the new species is likely closest to C. caniventer. 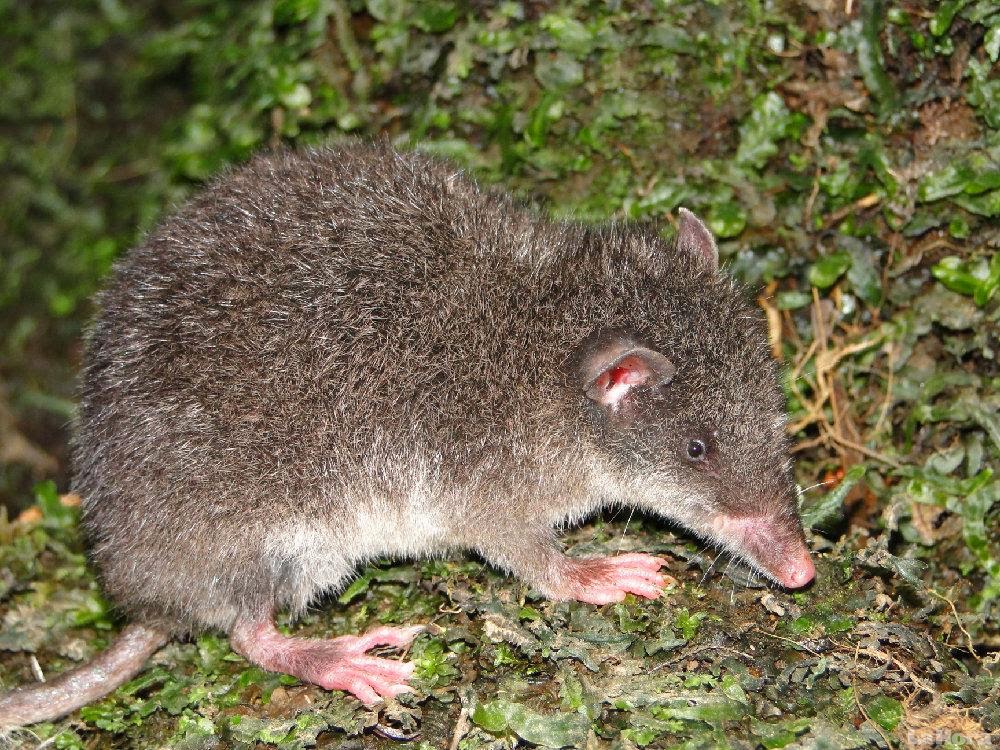 A New Species of Shrew-Opossum Located in the Eastern Andes Mountains
An article featured in the Journal of Mammalogy reports on a new species of the marsupial, Caenolestes sangay, which was discovered in the Sangay National Park.
http://www.prweb.com/releases/mamm/94-5/prweb11232650.htm
http://news.mongabay.com/2013/1220-barrett-new-marsupial-discovered.html