Abstract
A new titanosaur dinosaur, Brasilotitan nemophagus gen. et sp. nov., is described from the Adamantina Formation (Turonian-Santonian, Bauru Basin). The specimen consists of a dentary, cervical and sacral vertebrae, one ungual and remains of the pelvic region, that were collected near Presidente Prudente city, São Paulo State. It shows a mandible with an ‘L’ shaped morphology, with the symphyseal region of the dentary slightly twisted medially, a feature never recorded before in a titanosaur. Brasilotitan nemophagus can be further separated from other members of this clade by: (1) the dorsal portion of the dentary symphyseal contact is broader anteroposteriorly than the ventral part; (2) the ventral portion of the cervical centrum is arched dorsally; (3) the presence of an anteriorly directed accessory prezygapophyseal articulation surface on the cervical vertebrae; (4) the intraprezygapophyseal laminae of the cervical vertebrae are ‘V’ shaped in dorsal view; and other features. Although the phylogenetic position of Brasilotitan nemophagus is difficult to establish, the new species is neither a basal nor a derived member of the Titanosauria and, based on the lower jaw morphology, appears to be closely related to Antarctosaurus wichmannianus and Bonitasaura salgadoi. This discovery enriches the titanosaur diversity of Brazil and further provides new anatomical information on the lower jaws of those herbivorous dinosaurs.

Here we present the description of a new species, Brasilotitan nemophagus gen. et sp. nov., which is based on an incomplete lower jaw and postcranial elements. The specimen was collected by one of us (WRN) in the year 2000 at the Raposo Tavares state road, near Presidente Prudente city, São Paulo State. At this region, the main stratigraphic unit is the Late Cretaceous Adamantina Formation whose age is disputed, being regarded as Turonian Santonian (Dias Brito et al. 2001) or Campanian-Maastrichtian (Gobbo Rodrigues et al. 1999).
.................. 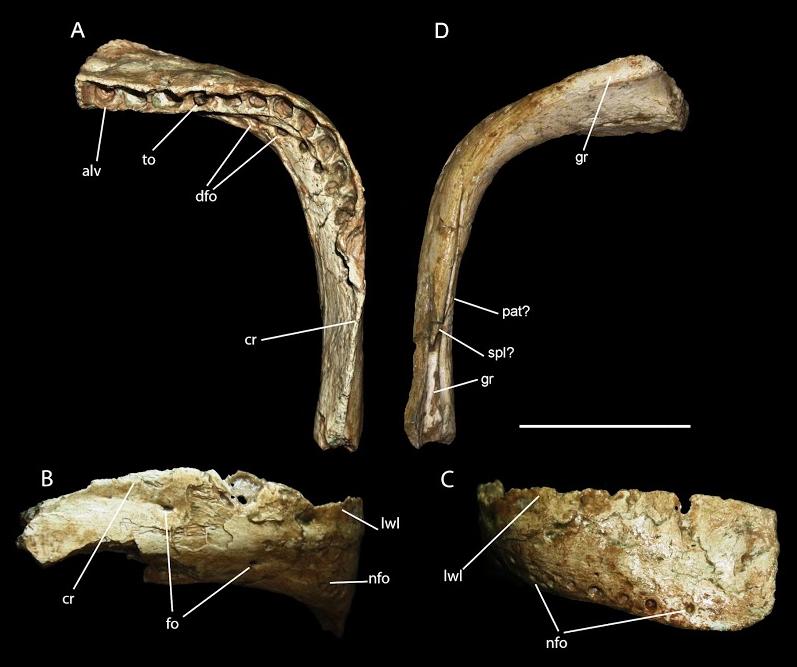 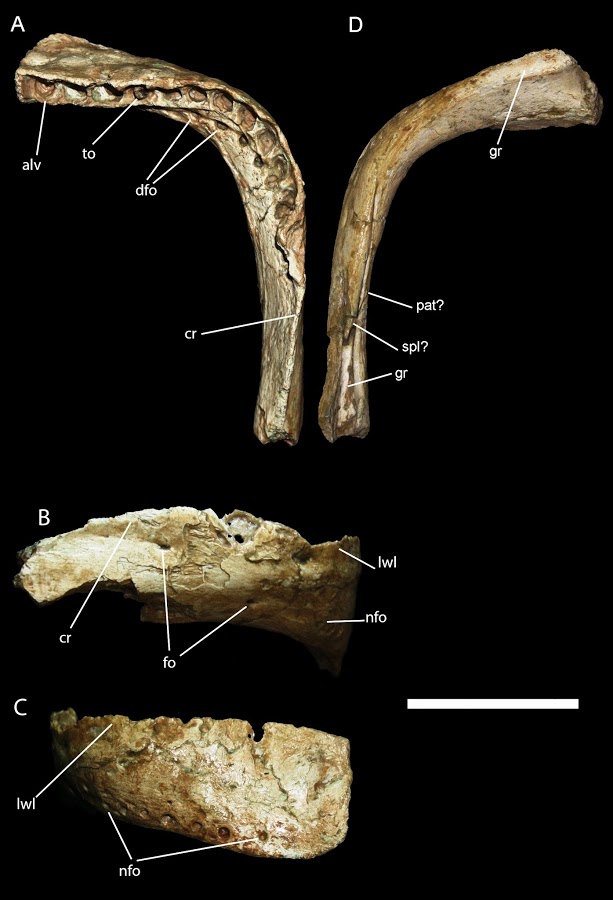