Megaraptora is a clade of mid to large-sized theropods that are long-snouted, large-clawed, highly pneumatized, and have long and gracile metatarsals. The basal member was reported from the Barremian of Japan. A more derived clade, the Megaraptoridae, is known from the Cenomanian to Santonian of Gondwana. Here two new basal coelurosaurs from the Lower Cretaceous Sao Khua Formation of Thailand are described and named as Phuwiangvenator yaemniyomi gen. et sp. nov. and Vayuraptor nongbualamphuensis gen. et sp. nov. Phuwiangvenator is a megaraptoran coelurosaur and diagnosed by the ventrally flat sacral vertebrae with sulci in the anterior and posterior region of the centra and the anterior rim of metatarsal IV sloping proximolaterally to distomedially and being much lower than that of metatarsal III anteriorly. Vayuraptor is a basal coelurosaur and diagnosed by its astragalus which has two horizontal grooves, two fossae at the base of the ascending process, the ascending process being straight laterally and straight and parallel medially with the medial rim sloping to the tip laterally, and a long and slender astragalar ascending process. Although the position of the basal coelurosaur Vayuraptor remains unclear and must await further discovery, megaraptoran affinities are likely. The Early Cretaceous megaraptoran fossil record has been recovered from the Barremian to Aptian of Asia. All Asian megaraptorans might be a monophyletic clade or a paraphyletic series relative to the Megaraptoridae. Several specimens have been reported from the Aptian to mid-Cretaceous of Australia, and one report from the Albian of South America. These fossils show a high diversity of the Early Cretaceous megaraptorans and a wide distribution during that time. The clade then became more provincial in the Late Cretaceous. 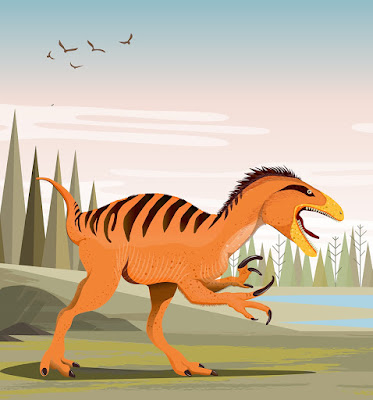 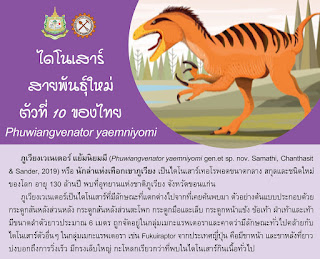 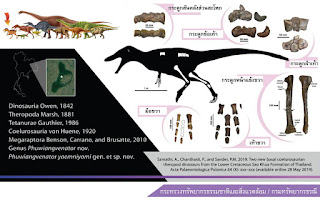 Etymology: Phu Wiang Mountain, Khon Kaen Province, Thailand, the place where the holotype was found, combined with Latin venator, hunter; thus “Hunter of Phu Wiang”.; and in honor of Sudham Yaemniyom, former geologist of the Department of Mineral Resources, Bangkok, who found the first dinosaur bone of Thailand in 1976 at Phu Wiang Mountain. 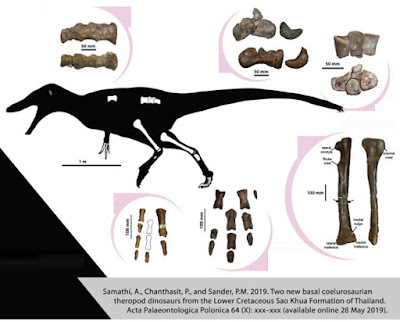 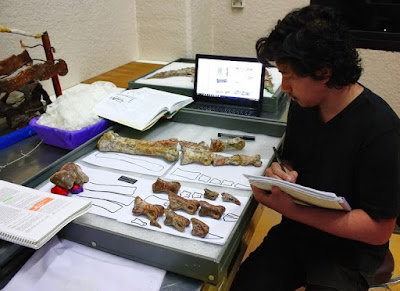 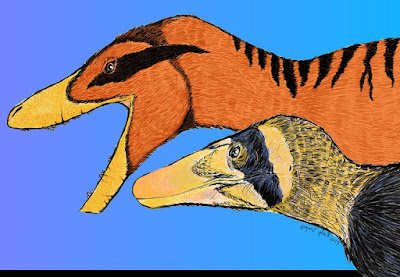 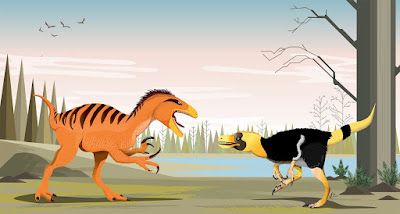 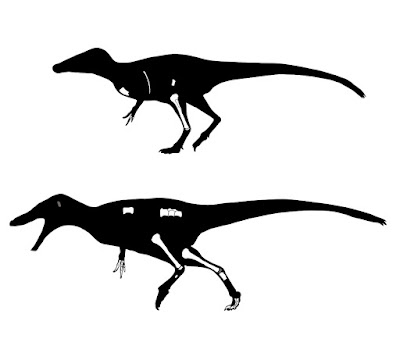 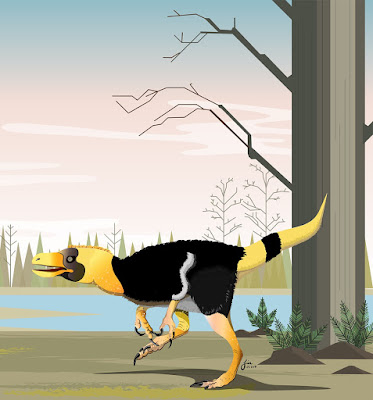 Etymology: From Sanskrit Vayu, God of Wind and Latin raptor, thief; “Raptor of Wind or Wind raptor” in reference to its long and slender tibia, which suggest a fast running animal.; From Nong Bua Lamphu Province where the specimen was recovered. 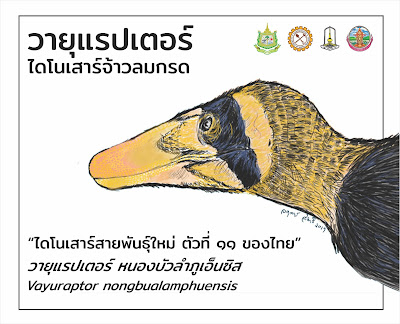 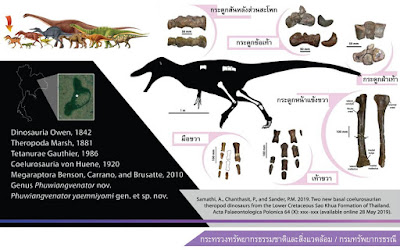 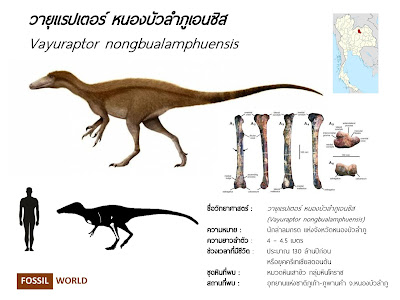 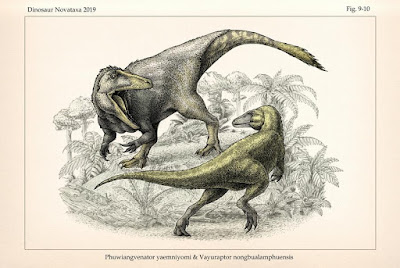 Conclusions:
The present study describes the anatomy of the two new basal coelurosaurs from Southeast Asia in detail. One of them, Phuwiangvenator, is here referred to the Megaraptora. These findings extend the diversity of basal megaraptorans and support the origin of Megaraptora in Asia. The Asian megaraptorans might be a monophyletic clade or a paraphyletic series relative to the Megaraptoridae. Recently, Early Cretaceous fossils of megaraptorans have been recovered from the Barremian to Aptian of Asia. Several materials have been reported from the Aptian to mid-Cretaceous of Australia, whereas there is only one report from the Albian of South America. These show a high diversity and wide distribution during the Early Cretaceous which became more provincial in the Late Cretaceous. However, the phylogenetic position of the basal coelurosaur Vayuraptor must await further discovery of additional material and remains open to future analyses. 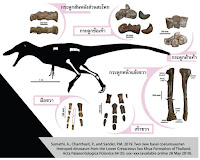 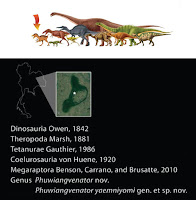