Dugongs (Dugong dugon) are large herbivorous marine mammals of the order Sirenia commonly referred to as sea cows. Due to their herbivorous diet, feeding and foraging dominate their natural history. Dugongs have evolved a specialized feeding apparatus for efficient grazing and processing of sea grass, which can occur by cropping blades or the excavation of roots and rhizomes (Marsh et al. 1999; Marshall et al. 2003; Lanyon and Sanson 2006a, b). The excavation of seagrasses results in signature benthic feeding trails in which 60%–90% of the vegetation may be removed (Heinsohn et al. 1977; Preen 1992, 1995; Marsh et al. 2011). Sediment plumes from dugong foraging are easily observed during aerial surveys. Due to their low reproductive output, dugongs are vulnerable to perturbations in their environment, such as habitat degradation, fisheries bycatch and contaminants (Baldwin and Cockcroft 1997, Marsh et al. 2011, Reynolds and Marshall 2012) from which populations may be slow to recover.

Dugongs of the Arabian Gulf are consistently referred to as the largest population outside Australia, and the Gulf has been cited as the most important region for dugongs in the western portion of their range (Marsh et al. 2002, 2011). These statements are based on extensive surveys conducted 30 yr ago in which the entire Arabian Gulf population was estimated at approximately 6,000 dugongs (Preen 1989, 2004; Preen et al. 2012). ....
.... 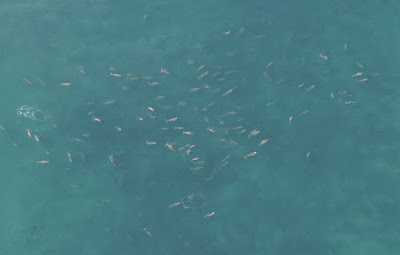 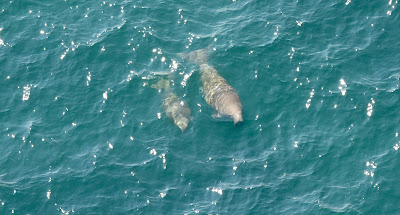 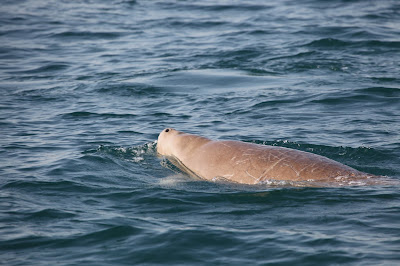 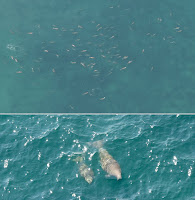 Dugongs in the Arabian Gulf comprise the second largest population in the world.  Check out our new work in Mar Mamm Sci on persistent aggregations of dugongs off of NW Qatar onlinelibrary.wiley.com/journal/10.1111/(ISSN)1748-7692/earlyview … 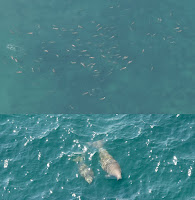