Our analyses reveal Petropedetidae (Arthroleptides, Ericabatrachus, Petropedetes) as the sister taxon of the Pyxicephalidae. The phylogenetic position of Odontobatrachus is clearly outside Petropedetidae, and not closely related to any other ranoid family. According to our time-tree estimation Odontobatrachus has been separated from other frog lineages since the Cretaceous (90.1 Ma; confidence interval: 84.2-97.1 Ma). Along with this molecular evidence, osteological and external diagnostic characters recognize West African torrent-frogs as distinct from other ranoids and provide strong support for the necessity of the recognition of a new family of frogs. This is the only endemic vertebrate family occurring in the Upper Guinea biodiversity hotspot.

Based on molecular and morphological distinctiveness, the West African torrent-frog Odontobatrachus natator is allocated to a newly described anuran family. The discovery of an endemic vertebrate family in West Africa highlights the Upper Guinean forests as an outstanding, but highly endangered biodiversity hotspot. 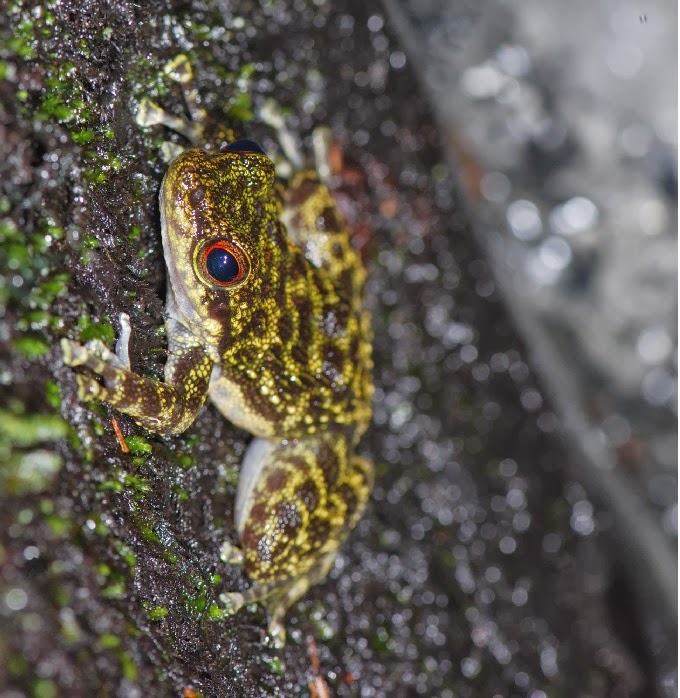 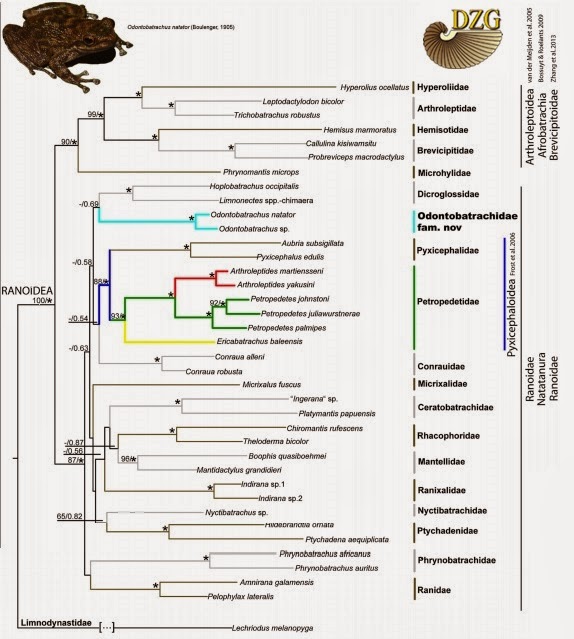 Distribution: The single included genus is known from the Upper Guinean forests in Guinea, Sierra Leone, Liberia, and western Ivory Coast, where frogs usually occur close to streams with strong currents and cascades or rapids.

Diversity: At present a single species is described, Odontobatrachus natator (Boulenger, 1905). However, Barej et al. already recognized a higher diversity in this lineage and a more detailed taxonomic analysis of the family throughout the distribution range in the Upper Guinea forests is in preparation (M.F. Barej et al. unpubl. data).

Etymology: The name refers to the Greek words όδούς (odous = tooth, genitive: odóntos) and βατραχοσ
(batrachos = frog) and points to the exceptionally long maxillary teeth and large tusks on
lower jaws in these frogs (Figure 2). 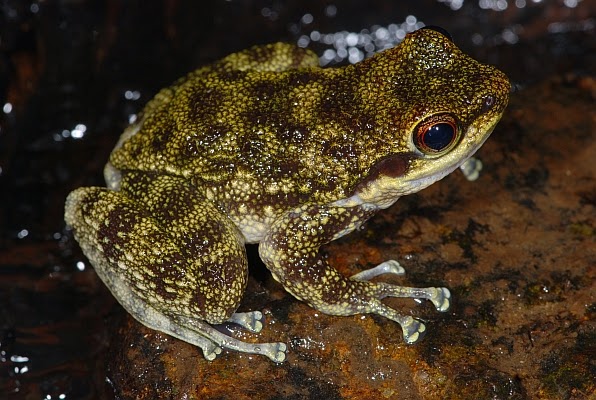 The new family of frogs toothed Guinea
... and the tree frog with the dentures of the Republic (GALLERY)
http://www.greenreport.it
http://www.innovations-report.de