The trilobite Redlichia Cossmann, 1902 is an abundant element of the lower Cambrian (Series 2, Stage 4) Emu Bay Shale (EBS) Konservat-Lagerstätte on Kangaroo Island, South Australia. Well-preserved, fully articulated specimens from this deposit are known to reach lengths of up to 25 cm, representing one of the largest known Cambrian trilobites. Until now, all Redlichia specimens from the EBS have been referred to Redlichia takooensis Lu, 1950, a species originally described from South China. Previous work recognized considerable differences in exoskeletal morphology among specimens of varying sizes, which was attributed to ontogeny. However, close examination of a large collection of recently acquired specimens shows that this variation actually represents two distinct morphs, interpreted here as separate species: R. takooensis, and a large, new species, Redlichia rex sp. nov. An analysis of morphological variation in holaspides (‘adults’) of the more common R. takooensis reveals considerable ontogenetic change occurred even during this later phase of growth. Some specimens of both Redlichia species from the EBS also exhibit exceptionally preserved soft-part anatomy, particularly the antennae and biramous appendages. Here, appendages (antenniform and biramous) and digestive structures are described, and biramous appendage reconstructions of R. rex sp. nov. are presented, which show a striking resemblance to some early Cambrian trilobites from South China. In particular, R. rex has a tripartite exopodite, as well as a dorsoventrally deep protopodite with gnathobasic spines used to shred or crush food items. Based on recent phylogenetic analyses, it is possible that an exopodite with tripartite subdivisions represents the plesiomorphic condition for Artiopoda (trilobites and kin). The digestive system of R. takooensis exhibits a series of paired digestive glands in the cephalon and anterior thorax, similar to those described for a number of other Cambrian and Ordovician trilobites.

Derivation of name. Latin for ‘king’, in reference to the remarkable size of this species, the largest for the genus and the biggest Cambrian trilobite in Australia. 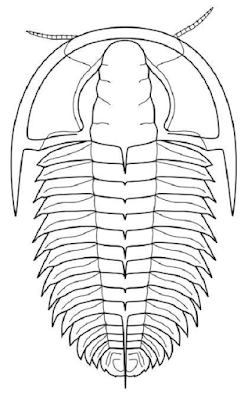 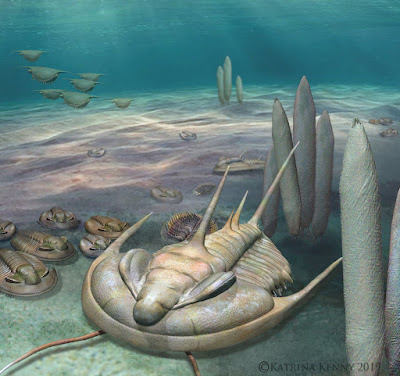 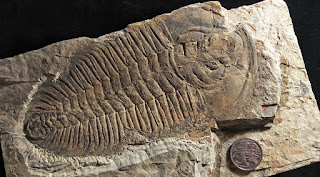 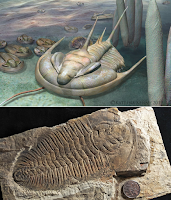 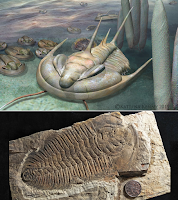