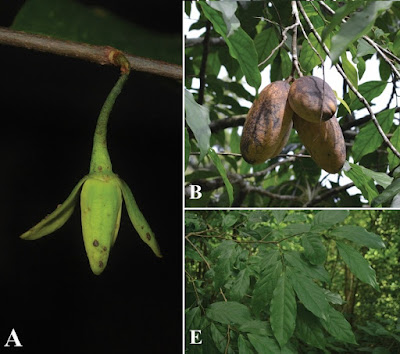 Abstract
Based on phylogenetic and morphological evidence, Tridimeris chiapensis Escobar-Castellanos & Ortiz-Rodr., sp. n. (Annonaceae), a new species from the karst forest of southern Mexico, is described and illustrated. The new species differs from Tridimeris hahniana, the only described species in the genus, in that the latter has flowers with sepals densely tomentose outside, one (rarely two) carpel(s) per flower and fruits densely covered with golden-brown hairs, while Tridimeris chiapensis has flowers with glabrous sepals outside, two to five carpels per flower and glabrous fruits. Furthermore, a shallow triangular white patch at the base of the inner petals is found in T. chiapensis, a morphological character shared with the sister genus Sapranthus but absent in T. hahniana. Geographically, both species occur allopatrically. With just one known locality and seven individuals of Tridimeris chiapensis recorded in one sampling hectare, and based on application of the criteria established by the IUCN, we conclude tentatively that the species is critically endangered. 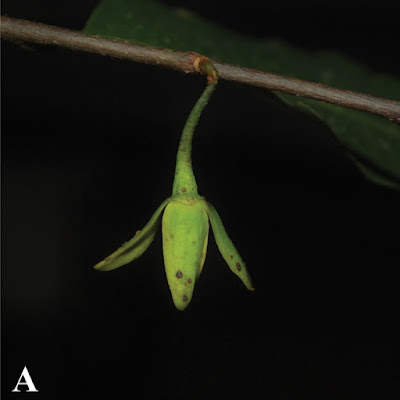 Diagnosis: Tridimeris chiapensis is phylogenetically related to Tridimeris hahniana with which it shares axillary and dimerous flowers and large and fleshy fruits. However, Tridimeris chiapensis differs in having flowers with glabrous sepals, a triangular white patch near the base of inner petals and 2-5 carpels per flower and glabrous fruits (Fig. 3), while T. hahniana has flowers with sepals densely tomentose outside, 1 or 2 carpels per flower and fruits densely covered with golden-brown hairs.

Etymology: The specific epithet is in honor of the Mexican state of Chiapas where the species was found. 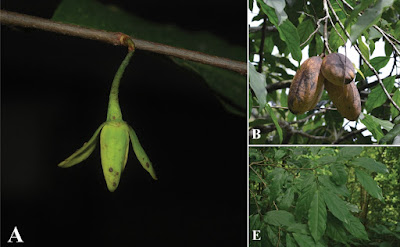 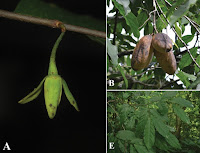 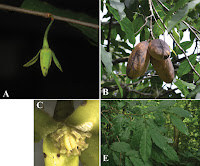