Abstract
The indigenous Blue Crab of Christmas Island, previously misidentified as “Discoplax hirtipes (Dana, 1851)”, is here recognised as a distinct new species, Discoplax celeste. In addition to its unique blue-coloured carapace when adult, the new species can be distinguished from true D. hirtipes by carapace, male abdominal, and male first gonopod characters. To stabilise the taxonomy of Cardisoma hirtipes Dana, 1851, a neotype from the original type locality in Fiji, is selected. A separate eastern Indian Ocean taxon, Discoplax aff. hirtipes, present in the Andaman Islands, Nicobar Islands and western Sumatra is also found in small numbers on Christmas Island. 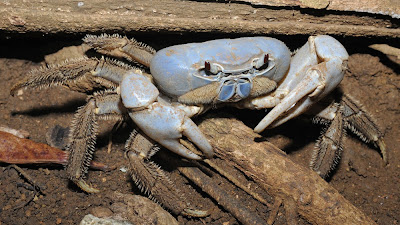 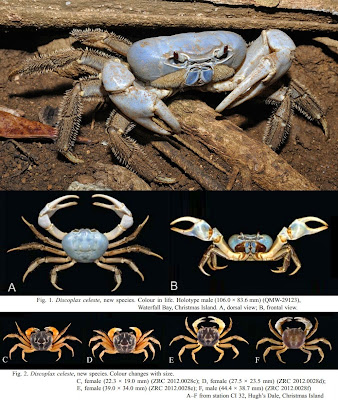 Etymology. — The name is derived from the French céleste meaning sky or heaven and alludes to the sky or powder blue live colour of adults of this species. The name is used as a noun in apposition. 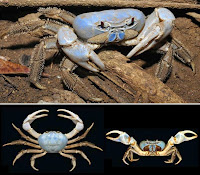