[Botany • 2016] Fordiophyton zhuangiae • A New Species (Melastomataceae) from Guangdong, China based on Morphological and Molecular Evidence


Abstract
Historically, the taxonomic study of the Asian genus Fordiophyton has had some gaps. Several specimens from Guangdong (China) have been misidentified as Fordiophyton brevicaule C. Chen. The new species proposed here shares with F. brevicaule the densely hirsute stem, rosetted leaves and glabrous hypanthia, but it is distinguished by its glabrous leaves, winged petioles, oblong petals lacking a single trichome at the apex, and purplish anthers in the longer set of stamens. The phylogenetic analyses indicate that it is a member of Fordiophyton and sister to F. brevicaule. Based on morphological and molecular data, we here recognize it as a new species, Fordiophyton zhuangiae S. Jin Zeng & G. D. Tang, which is described and illustrated. 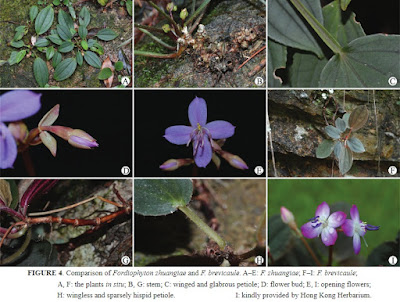 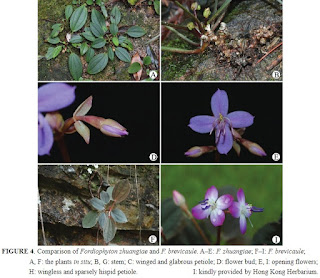 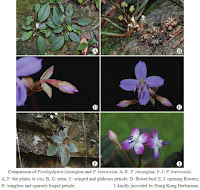