Pycnotarsobrentus inuiae Maruyama & Bartolozzi, gen. nov. and sp. nov. (Brentinae: Eremoxenini) is described from the Lambir Hills National Park, Borneo (Sarawak, Malaysia) based on specimens collected from Crematogaster difformis F. Smith, 1857 ant nests in the myrmecophytic epiphytic ferns Platycerium crustacea Copel. and Lecanopteris ridleyi H. Christ. A second species of Pycnotarsobrentus is known from Malaysia but is represented by only one female and consequently not yet described pending discovery of a male. Pycnotarsobrentus belongs to the tribe Eremoxenini and shares some character states with the African genus Pericordus Kolbe, 1883. No species of Eremoxenini with similar morphological modifications are known from the Oriental region.

Differential diagnosis. This genus is close to the African genus Pericordus Kolbe, 1883, in the head and rostrum lacking depression or carinae, short antennae, laterally compressed femora and tibiae, and rather thick and short tarsi, but clearly distinguished from it by the antennal segments being cylindrical, rugose and rather compressed, with the apical segment rounded at apex, by the mesorostrum being not convex, by the tarsi being shorter, with parallel-sided segments and extremely short tarsal segment IV. 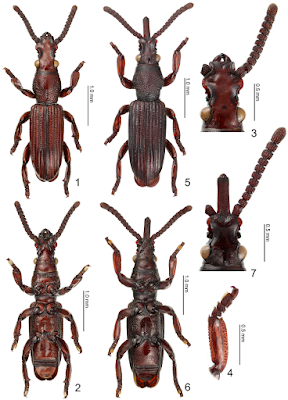 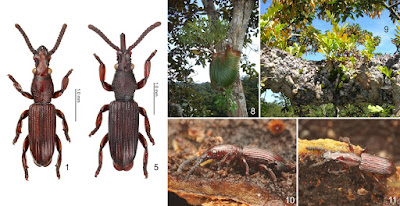 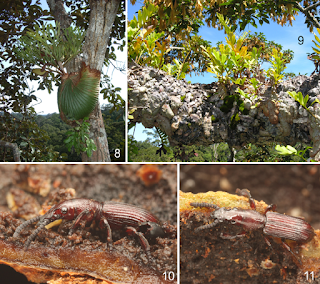 Differential diagnosis. No species of Eremoxenini with similar morphological modifications are known from the Oriental region and the new taxon is easily distinguishable from all other Asian Eremoxenini by the generic diagnosis.

Etymology. Dedicated to Dr. Yoko Inui, one of the collectors, for her invaluable contribution to the knowledge of tree canopy ant communities. 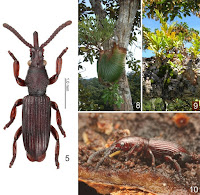