Vertebrate rediscoveries occur frequently, but must be properly documented for scientific credibility. Ongoing rediscoveries suggest a need for greater caution in declaring species extinct. Here, we report a rediscovery of the mysterious Mexican anguid lizard Mesaspis antauges (Cope 1866), a species last recorded by scientists in 1964. Our comparison of newly-collected material against previous specimens, all of which apparently originate from a single isolated volcanic peak, confirms the taxonomic validity of this species and the relegation of the binomen M. modestus (Cope 1878) to the status of a junior synonym. We include a brief discussion of the natural history of M. antauges, and explore the conservation implications of our rediscovery. 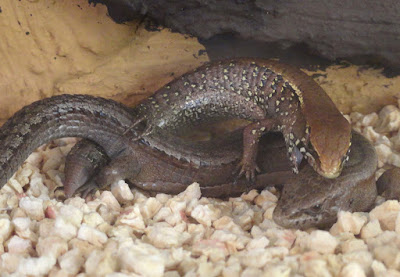