Abstract
A taxonomic revision of the genus Calendula is presented, based on an extensive analysis of its morphological variation, which allowed a re-evaluation of the species delimitations in the Iberian Peninsula and the Balearic Islands. Morphometric data based on field and herbarium material were gathered and analysed. Characters traditionally used to delimit taxa in the genus were re-evaluated, and the taxonomic value of new characters was explored. The variation between and within taxa was explored statistically. Morphological patterns were compared with chromosome numbers and genome size estimates. The results revealed that the achenes are particularly important to distinguish taxa, although, due to their variability, they should be used carefully. Four species are recognised in the area (C. arvensis, C. officinalis, C. tripterocarpa and C. suffruticosa), including nine subspecies of C. suffruticosa. Among these, two new subspecies (C. suffruticosa subsp. trialata and C. suffruticosa subsp. vejerensis) are described. Identification keys, descriptions, geographical distributions and conservation assessments are also provided for each taxon. 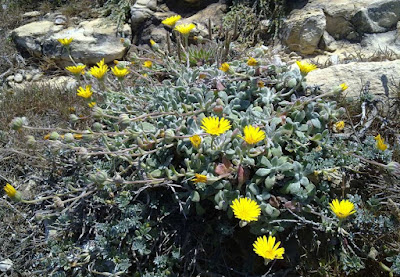