Abstract
Schistura larketensis, a new species of cavernicolous loach, is described from Khung, a limestone cave in Meghalaya, India. The species differs from Schistura papulifera, its only troglomorphic congener from northeast India, in having a smooth ventral surface of the head, the presence of a small cylindrical axillary pelvic lobe, and the presence of three pores in the supratemporal canal of the cephalic lateral-line system. Apart from these differences, the species can be immediately distinguished from all other species of Schistura from the Brahmaputra River and neighboring basins by the complete absence (or only vestigial presence) of eyes.

Etymology. The species name is derived from the ‘Larket’ village, the locality of Krem Khung. This name is proposed so as to encourage the village to take up biodiversity conservation as it is already in the process of constituting a Biodiversity Management Committee under the Indian Biodiversity Act.

Habitat. The new species was collected from a small stagnant pool a few square meters in area and about 1 m in depth, located in a wet passage some 500 m from the main entrance of Krem Khung. The pool bed is mostly sandy with scattered pebbles (Fig. 5). The water was clear, pH 8.6, and a very low D.O. of 1.1 ppm when analyzed in the month of April 2015. No other macrofauna were recorded inside the cave except weakly-pigmented crabs and crayfish, crickets, cockroaches and millipedes. 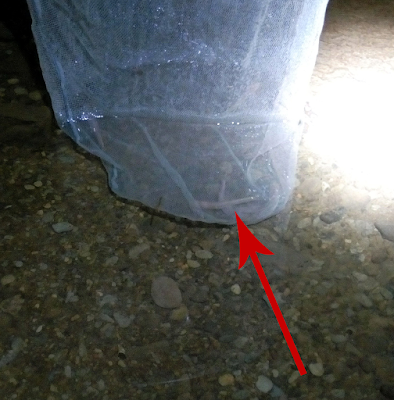 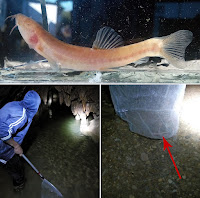