[Herpetology • 2017] Shedding Light On the Imps of Darkness: An Integrative Taxonomic Revision of the Galápagos Marine Iguanas (Genus Amblyrhynchus) 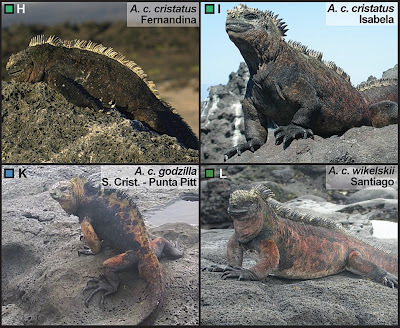 Abstract
Marine iguanas are among the most highly emblematic taxa of the Galápagos archipelago but have paradoxically received little attention from taxonomists. Amblyrhynchus is currently considered as a monotypic genus with a total of seven subspecies, A. cristatus cristatus, A. c. nanus, A. c. venustissimus, A. c. albemarlensis, A. c. hassi, A. c. mertensi and A. c. sielmanni. Although consensually followed for more than half a century, this classification does not properly reflect the main natural subdivisions inferred by more recent molecular evolutionary studies. We integrate population genetics, phylogenomics and comparative morphology to propose an updated taxonomy reflecting the evolutionary history of this group. We recognize a single species with 11 divergent population clusters at the level of subspecies: A. c. albermarlensis is recognized as a junior synonym of A. c. cristatus, and five new subspecies are described: Amblyrhynchus cristatus godzilla subsp. nov. (San Cristóbal-Punta Pitt), A. c. jeffreysi subsp. nov. (Wolf and Darwin), A. c. hayampi subsp. nov. (Marchena), A. c. trillmichi subsp. nov. (Santa Fé) and A. c. wikelskii subsp. nov. (Santiago). Recognizing the genetically divergent population clusters as subspecies also highlights several of them as management units in need of conservation efforts, such as the two subspecies endemic to San Cristóbal. 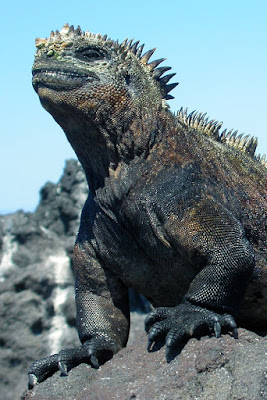 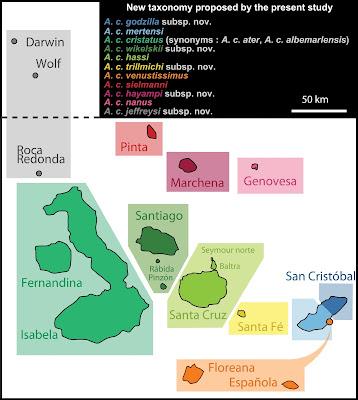 Etymology: The subspecific epithet hayampi refers to the word used to designate the common iguana in Kichwa (a Quechuan language representing one of the three official languages of Ecuador and currently spoken by a million people in South America).

Etymology: The subspecies name is a patronym for Jeffreys Málaga, a ranger of the Galápagos National Park with an outstanding interest and enthusiasm for the fauna and flora of the Galápagos, and especially for marine iguanas. Jeffreys Málaga has been awarded several times ‘Guardaparque del Año,’ or Park Warden of the Year and has been an essential part of our team during several excursions to the Galápagos. 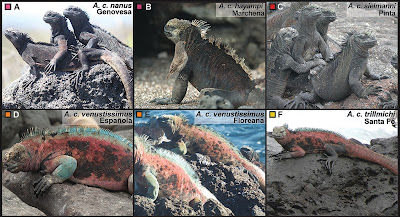 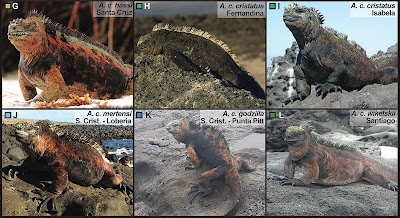 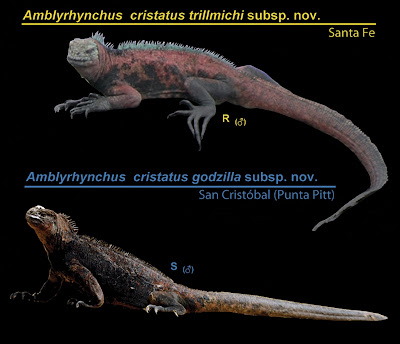 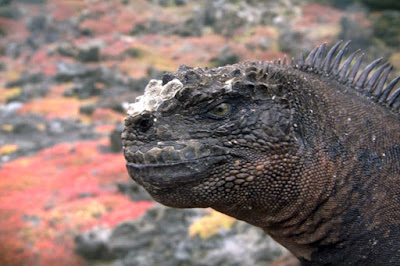 Etymology: The subspecific epithet refers to the fictional saurian monster from the eponym movie franchise, Godzilla, created by Tomoyuki Tanaka (IMDb, 2016). Explicitly mentioned in the title sequence of the 1990s American remake (Emmerich, 1998), the physical appearance and swimming behaviour of marine iguanas were a significant source of inspiration to the creature′s designer (Patrick Tatopoulos, personal communication). The name is an invariable noun in apposition.

Etymology: The subspecific epithet refers to Prof. Dr. Fritz Trillmich, a foremost biological researcher in Germany who has spent a lifetime working on the biology of the Galápagos islands. For many years Fritz Trillmich worked together with Martin Wikelski on the island of Santa Fé, where their research on the local population produced important insights into the behaviour and ecology of marine iguanas. In addition to undertaking his own research, Fritz Trillmich is Professor Emeritus of Behavioural Ecology at the University of Bielefeld where he continues to inspire and mentor generations of young researchers who will continue his legacy for years to come.

Etymology: The subspecies name is a patronym for Prof. Dr. Martin Wikelski in recognition of his outstanding research on marine iguanas for several decades. Martin Wikelski has been fascinated by marine iguanas, which served as a study system for his behavioural and ecological research from his PhD onwards. He has published important papers on marine iguana ecology and conservation, for instance demonstrating the devastating effects of an oil spill on this species, and showing that marine iguanas can shrink in response to starvation induced by El Niño–based climate fluctuations. 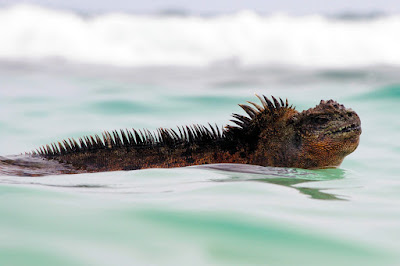 Godzilla of the Galápagos and other speciation stories
https://blog.oup.com/2017/05/godzilla-galapagos-speciation/ 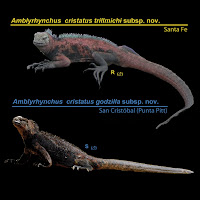 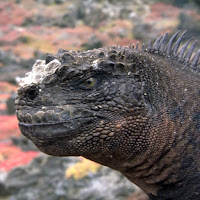