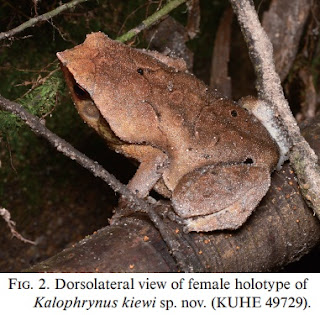 Etymology: The specific name kiewi is dedicated to Dr. Kiew Bong Heang, former academician at the Department of Zoology, University of Malaya, who is the pioneer in revising peninsular Kalophrynus.