[Herpetology • 2017] Rediscovery of the Enigmatic Mountain Dragon, Japalura yulongensis (Sauria: Agamidae), with Notes on Its Natural History and Conservation

Mountain Dragons of the genus Japalura Gray 1853 have gained increasing systematic attention recently as a result of the availability of new, vouchered collections and a resurgence of interest in Indochinese agamid diversity. This is particularly true for the J. flaviceps Barbour, Dunn 1919 complex from southwest China. However, many species of the complex are still known from few historical specimens only, and little is known about their general biology and conservation status. As one of such understudied members of the complex, Japalura yulongensis Manthey, Denzer, Hou, and Wang 2012 was described on the basis of seven historical specimens from the type locality in northwest Yunnan, PR China in 1914. Little was known at the time of the general biology and conservation status of the species, and the species has not been documented in the wild since the original description. Herein, we report the re-discovery of this secretive species based on a series of newly collected specimens from the vicinity of the type locality. We provide the first accounts of body coloration in life and microhabitat preferences, expand upon what is known of the species’ morphological variation and ecology, revise the morphological diagnosis of the species, and offer suggestions on its IUCN conservation status and protection status in China. 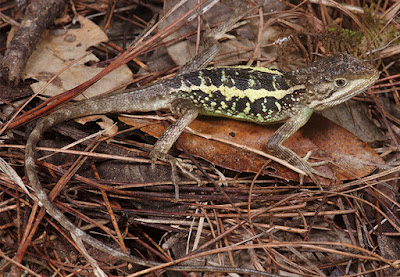