[Herpetology • 2018] Asaccus arnoldi • Systematics, Biogeography and Evolution of Asaccus gallagheri (Squamata, Phyllodactylidae) with the Description of A New Endemic Species from Oman

Abstract
The Hajar Mountains are the highest mountain range in eastern Arabia. Despite being classified as a mountain desert, it is considered one of the top biodiversity hotspots of Arabia. As a result of its relatively old geological origin, complex topography, environmental heterogeneity and geographic isolation from other mountain ranges, its fauna and flora have diversified significantly producing high levels of endemicity, particularly amongst reptiles. Several genetic studies indicate that this diversity may still be underestimated, especially within some groups containing morphologically similar species like the nocturnal geckos of the genus Asaccus. These have radiated extensively on both sides of the Gulf of Oman, in the Hajar Mountains and the Zagros Mountains of south-west Asia, and are a good example of the faunal affinities between these two mountain ranges. In the present work, we analyse A. gallagheri, the smallest species of the Arabian radiation, using an unprecedented sampling across its entire distribution range and an integrative approach combining morphological, macroecological and multilocus molecular data with the objective of clarifying its systematics and phylogeography. The results support the presence of two allopatric species within A. gallagheri that split approximately 6 Ma. The newly discovered species is endemic to the Eastern Hajars and is described herein mainly on the basis of its smaller size and high genetic divergence from A. gallagheri. The molecular analyses also uncovered remarkable levels of genetic diversity within both species. The present study highlights the diversity of the genus Asaccus in south-east Arabia and stresses its relevance from a conservation point of view. 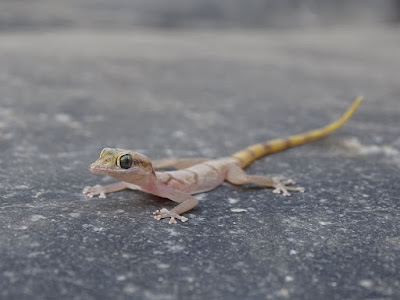 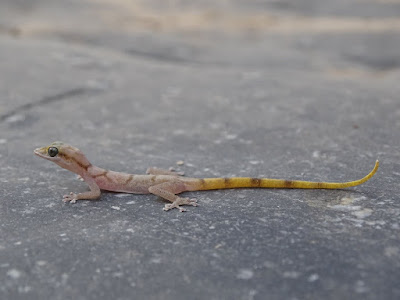 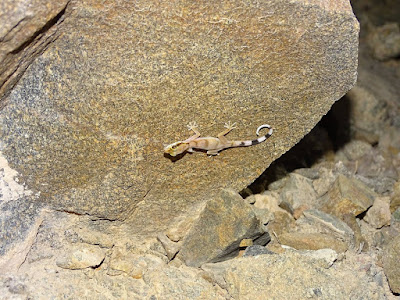 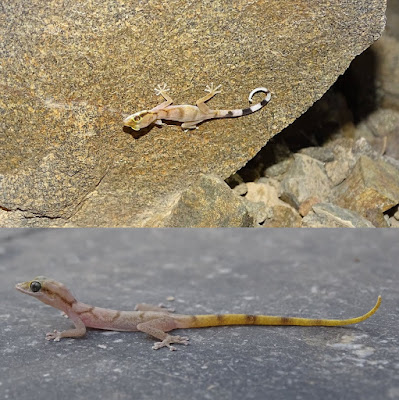 Etymology. The species epithet ‘arnoldi’ is a genitive Latin noun to honour the British herpetologist, Dr E.Nicholas Arnold, for his life-long dedication and contribution to Arabian herpetology, including the description of the little-known gecko Asaccus gallagheri 45 years ago. 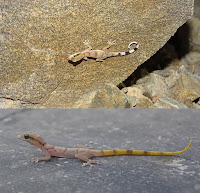 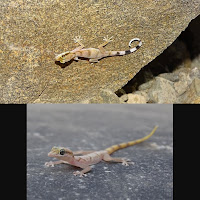