Abstract
A new species of the deep-sea spongicolid genus Spongicoloides Hansen, 1908 is described and illustrated based on material from the northwestern Pacific. Spongicoloides weijiaensis sp. n. was found inside a hexactinellid sponge, Euplectella sp., sampled by the Chinese manned submersible “Jiaolong” at depths of 2279 m near the Weijia Guyot, in the Magellan Seamount Chain. The new species can be distinguished from all congeneric species by several morphological features, involving gill formula, spination of the carapace, antennal scale, third pereiopod, telson and uropod, posteroventral teeth of the pleura, and dactyli of the fourth and fifth pereiopods. An identification key to the Pacific species of Spongicoloides is provided.

Etymology: The specific name, weijiaensis, refers to the type locality, the Weijia Guyot, part of the Magellan Seamount Chain in the northwestern Pacific. 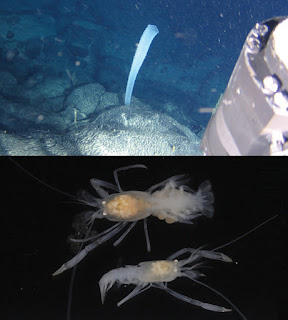 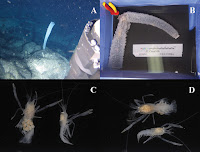 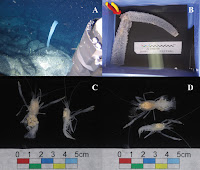