Speolabeo, new genus, is established for Bangana musaei, a fish from caves in the Khammouan Karst in Laos. It was originally tentatively placed in the genus Bangana s.l. Besides characters related to hypogean life (absence of eyes, absence of pigment resulting in a whitish body), it is distinguished from all species of Bangana s.l. in having only 7–8½ branched dorsal-fin rays, the pelvic-fin at the vertical between the first unbranched and first branched dorsal-fin rays, and details of mouth morphology. 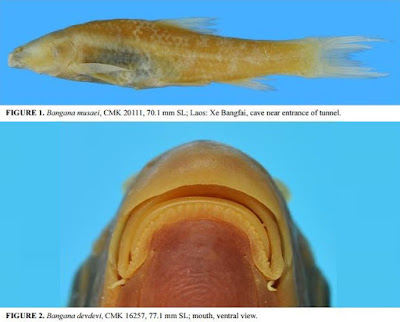 Etymology. The name is formed on the classical Greek noun σπέος (speos), which means cave, cavern, excavation; and labeo, originally a Latin noun meaning a man with thick lips, which in ichthyology became a genus name, then a vernacular name as well as the base of the family-group name as a subfamily Labeoninae or tribe Labeonini. Gender masculine. 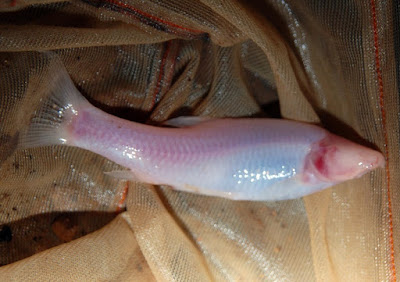 [2011] Bangana musaei, new species, is described from caves in the Xe Bangfai drainage (a tributary of the Mekong) in central Laos. It is distinguished from all other species of the genus Bangana by its whitish body and absence of eyes. Incisilabeo (type species Labeo behri) is revalidated. 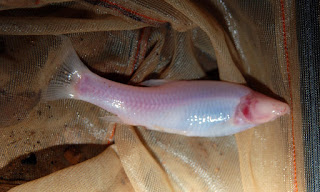