The genus Euphlyctis is widely distributed across Southwestern Arabian Peninsula into parts of Southeast Asia. Five of the seven known Euphlyctis species are found within the Indian subcontinent. Here, we describe a new species, Euphlyctis karaavali sp. nov. from South-west coast of India, which was discovered during surveys engaging citizens. This species was identified to be distinct based on molecular and morphological evidence. We provide a detailed description of this species along with its call description and compare it with closest congeners. Previous studies in the region had identified this species as E. hexadactylus but suggested the possibility of it being cryptic. Genetically E. karaavali sp. nov. is distinct from E. hexadactylus with a genetic divergence of 9.2%(12S and 16S) and shows a high divergence with E. kalasgramensis and E. ehrenbergii (13.04% each). Our findings are discussed in the context of cryptic species discovery, citizen engagement in scientific progress and conservation measures while suggesting future directions. 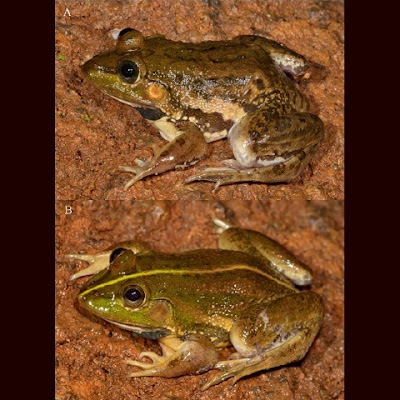 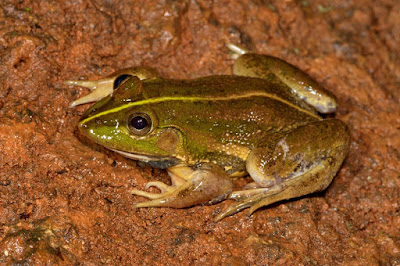 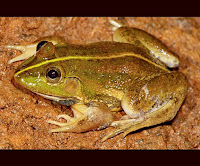