Abstract
Cirrhilabrus wakanda sp. nov. is described on the basis of the holotype and four paratypes collected between 50 and 80m depth over low-complexity reef and rubble bottoms at the east coast of Zanzibar, Tanzania, Africa. The new species belongs to a group of fairy wrasses from the western Indian Ocean, sharing a combination of characters that include: short pelvic fins (not or barely reaching anal-fin origin); relatively unmarked dorsal and anal fins; males with a strongly lanceolate caudal fin (except in C. rubrisquamis); both sexes with a pair of prominent facial stripes above and below the orbit; and both sexes with prominent purple scales and osseus elements that persist, and stain purple, respectively, even in preservation. This group of fairy wrasse is part of a larger complex that includes related species from the western Pacific Ocean. In addition to meristic and morphometric comparisons, we also compare mitochondrial DNA sequence data to the aforementioned, putatively related species.

Diagnosis: Cirrhilabrus wakanda shares similar meristic characters to other members of this genus. However, it is readily distinguished from all other Cirrhilabrus in having the following combination of colouration and morphological characters: caudal fin strongly lanceolate in males; both sexes with a series of purple scales (in life and in preservation) arranged in a chain-link pattern across dorsal two-thirds of body. 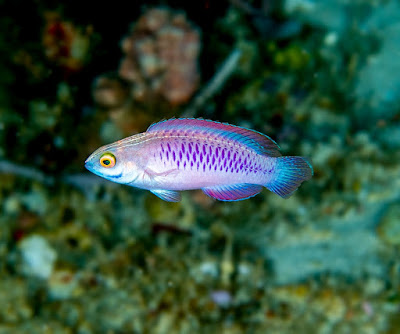 Etymology: The specific epithet refers to the fictional East African nation of Wakanda, home of the superhero Black Panther, as is the case for the new species, which has remained hidden from the world for a long time. To be treated as a noun in apposition. The common name refers to the fictional metal vibranium, a rare substance found on Wakanda that is woven into Black Panther’s suit. The purple chain-link scale pattern of the new species is reminiscent of this detail.

Distribution and habitat: Cirrhilabrus wakanda is presently known only from the east coast of Zanzibar, Tanzania. The species inhabits deep shelves consisting of small patch reefs dominated by rhodolith and sponge beds, at depths between 50 and 80 m. 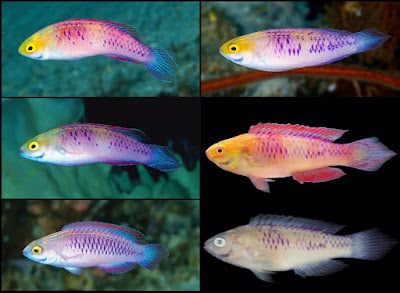 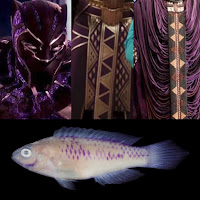