A new species of Hyloscirtus, belonging to the H. bogotensis species Group, is described from the Venezuelan and Colombian slopes of the Sierra de Perijá. The new species can be readily distinguished from its congeners by the combination of the following characters: mental gland present, disc-shaped and small; ulnar, outer, and inner tarsal folds present; calcar tubercle absent; whitish stripes on external border of upper eyelids and supratympanic folds, longitudinally on the mid-dorsum, on supracloacal fold, outer ulnar folds, inner and outer tarsal folds, and also on dorsal internal surface of shanks. We estimate phylogenetic relationships based on mtDNA (spanning fragments of 12S rRNA, tRNA-Val and 16S rRNA), of all Hyloscirtus species available in Genbank, as well as the new species described herein, H. callipeza, H. jahni, and H. platydactylus, all of which have not been previously sequenced. Our molecular data support the hypothesis of the new species as sister species of H. callipeza and indicates that H. jahni does not belong to the H. bogotensis species Group, but rather is sister species of all other Hyloscirtus (sensu Faivovich et al. 2005). Based on this last result we propose a new species group for H. jahni and the synonymy of Colomascirtus in Hyloscirtus. We also provide the first description of the advertisement call of H. callipeza. With the new species described herein, the number of Hyloscirtus species increases to 37. 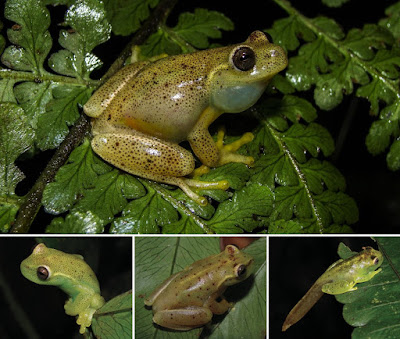 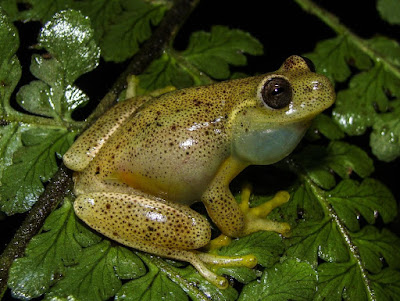 Etymology. The specific epithet japreria is a nominative used as a noun in apposition. Japreria is an indigenous ethnic group of Carib linguistic affiliation, self-designates as Yankshit. Originally, they lived in the Colombian side of the Sierra de Perijá, and later moved to the Venezuelan side along the Colombian border (Halbmayer 2013). The Japreria had been traditionally considered as a subgroup of the Yukpa ethnic group (De Villamañán & De Santelos 1957), but currently are recognized as an independent group (Oquendo 2004). Its population was ca. 200 individuals according to the 2002 census and its idiom is currently considered as threatened (Lewis et al. 2016). We nominate this new taxon honoring the Japreria people and warning on its cultural loss. 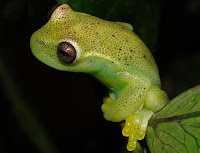 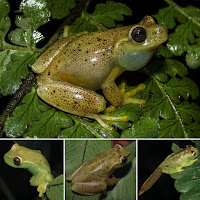 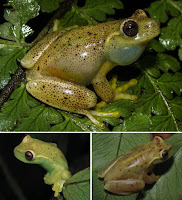