A distinct new gecko of the genus Hemidactylus is described from Andhra Pradesh, India. This large-sized (snout to vent length up to at least 105 mm), scansorial Hemidactylus is characterized by dorsal scalation of small granules intermixed with large, pointed, trihedral tubercles that form 16–17 fairly regularly arranged longitudinal rows at midbody; 9–11 subdigital lamellae below the first and 11–13 below the fourth digit; 6–8 strongly pointed and keeled enlarged tubercles on the original tail; 20–23 femoral pores separated by 4 poreless scales in males; 11–13 supralabials and 9–11 infralabials. This is the third vertebrate endemic to the Mahendragiri Range, highlighting the significance of this topographically complex region. 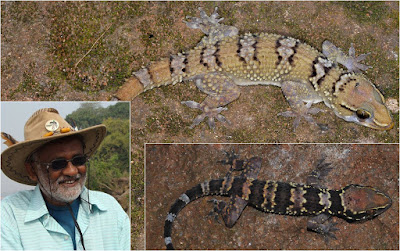 This species was named after Prof. Sushil Dutta in honour of his immense contributions in Indian Herpetology.
facebook.com/photo.php?fbid=1616377431717758 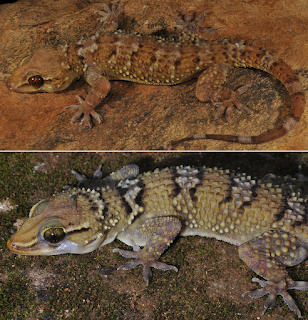