Abstract
Over the last decade, the combination of biological surveys, genetic diversity assessments and systematic research has revealed a growing number of previously unrecognised vertebrate species endemic to the Australian Monsoonal Tropics. Here we describe a new species of saxicoline velvet gecko in the Oedura marmorata complex from Groote Eylandt, a large island off the eastern edge of the Top End region of the Northern Territory. Oedura nesos sp. nov. differs from all congeners in combination of moderate size, and aspects of tail morphology and colouration. It has not been reported from the nearby mainland regions (eastern Arnhem Land) suggesting it may be an insular endemic, although further survey work is required to confirm this. While Groote Eylandt is recognised as a contemporary ecological refuge for declining mammal species of northern Australia, newly detected endemic species suggest it may also be of significance as an evolutionary refuge for many taxa, especially those associated with sandstone escarpments. 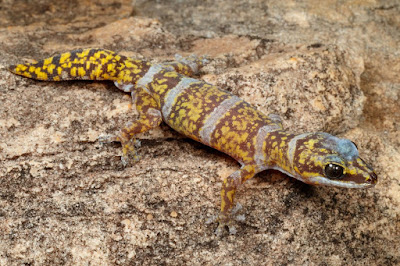 Etymology. Nesos (Greek) meaning island, in reference to the insular distribution of this species. Used as a noun in apposition. 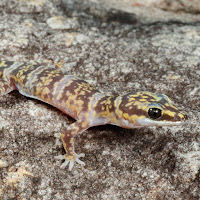