Abstract
A new species, Appendicula cordata (sect. Pododesme) from eastern Indonesia, is described and illustrated. Its habit is similar to that of Appendicula infundibuliformis J. J. Sm., but it differs in having flowers with a cordate appendage and a lip reflexed to the right. An identification key to the species of Appendicula sect. Pododesme, a distribution map, photos and line drawing are also provided.

Etymology. From the Latin cordata (heart-shaped), referring to the heart-shaped appendage.

Notes. The habit of Appendicula cordata is similar to that of A. infundibuliformis J. J. Sm. The new species differs from that species, and all other species in sect. Pododesme, by the lip apex being twisted to the right, much like A. ovalis (Schltr.) J. J. Sm. in section Oligodesme. In addition, A. infundibuliformis has yellowish - green flower, a flat lip, and a horseshoe-shaped appendage, whereas A. cordata has white flowers with purple markings, a concave lip, and a cordate appendage. The other species in sect. Pododesme do not have long (to 16 cm), branching, pendulous inflorescences like A. cordata.

CONCLUSION:
A new species described from Sumba, Sumbawa and Flores in the Lesser Sunda Islands shows that many new species from the under collected areas in Indonesia await discovery. This species is one of the species collected and grown ex-situ that represents small number of species from the area. This new species is distributed in Flores, Sumba, Sumbawa and Sulawesi Tengah. It is probable that its distribution is wider than this has been recorded. Thus, complete information on distribution and conservation status in nature on this newly described species and other species within the genus Appendicula are needed to finish the checklist of Orchids of Indonesia. 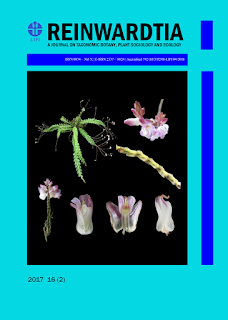 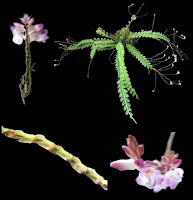 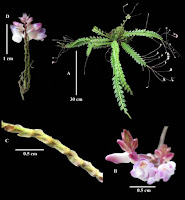