Abstract
Is there only one electric eel species? For two and a half centuries since its description by Linnaeus, Electrophorus electricus has captivated humankind by its capacity to generate strong electric discharges. Despite the importance of Electrophorus in multiple fields of science, the possibility of additional species-level diversity in the genus, which could also reveal a hidden variety of substances and bioelectrogenic functions, has hitherto not been explored. Here, based on overwhelming patterns of genetic, morphological, and ecological data, we reject the hypothesis of a single species broadly distributed throughout Greater Amazonia. Our analyses readily identify three major lineages that diverged during the Miocene and Pliocene—two of which warrant recognition as new species. For one of the new species, we recorded a discharge of 860 V, well above 650 V previously cited for Electrophorus, making it the strongest living bioelectricity generator. 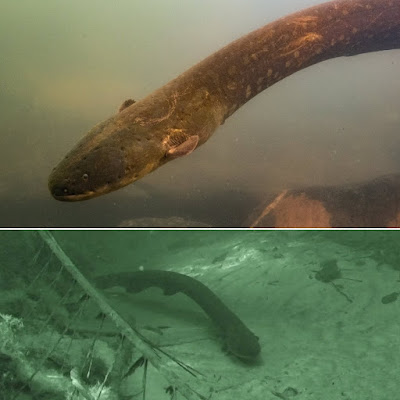 Etymology: In honor of Richard Peter Vari (1949–2016) for his contributions to ichthyology. 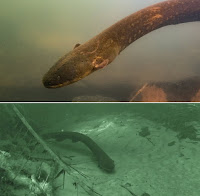 Electric eels are naked-back knifefishes (Gymnotidae) and are more closely related to catfish and carp than to other eel families.

The study, published in Nature Communications, not only provides new knowledge about the animal more than 250 years after it was first described but also opens up new avenues of research into the origin and production of strong electric discharges in other fish species.

Gymnotiformes, the knifefish family to which Gymnotidae belong, are native to Mexico and South America, are found almost exclusively in freshwater habitats, and are mostly nocturnal. There are currently approximately 250 valid gymnotiform species among 34 genera and five families.

A new species of electric eel produces the highest voltage discharge of any known animal phys.org/news/2019-09-species-electric-eel-highest-voltage.html via @physorg_com