Several partially articulated specimens and numerous isolated bones of Ozimek volans gen. et sp. nov., from the late Carnian lacustrine deposits exposed at Krasiejów in southern Poland, enable a reconstruction of most of the  skeleton. The unique character of the animal is its enlarged plate-like coracoids presumably fused with sterna. Other aspects of the skeleton seem to be comparable to those of the only known specimen of Sharovipteryx mirabilis from the latest Middle Triassic of Kyrgyzstan, which supports interpretation of both forms as protorosaurians. One may expect that the pectoral girdle of S. mirabilis, probably covered by the rock matrix in its only specimen, was similar to that of O. volans gen. et sp. nov. The Krasiejów material shows sharp teeth, low crescent scapula, three sacrals in a generalized pelvis (two of the sacrals being in contact with the ilium) and curved robust metatarsal of the fifth digit in the pes, which are unknown in Sharovipteryx. Other traits are plesiomorphic and, except for the pelvic girdle and extreme elongation of appendages, do not allow to identify any close connection of the sharovipterygids within the Triassic protorosaurians. 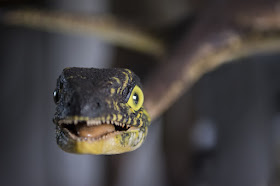 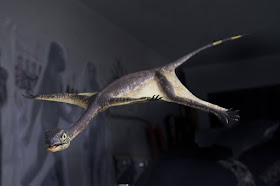 Etymology: After the borough town Ozimek nearby the type locality.

Diagnosis.—As for type and only species. 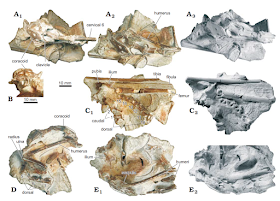 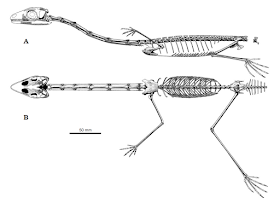 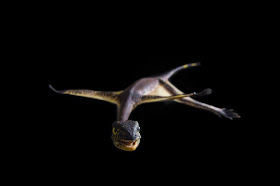 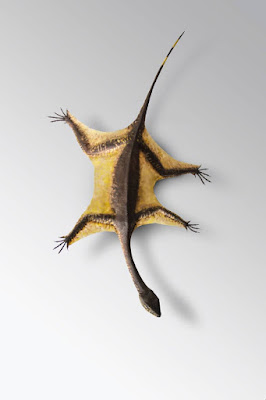 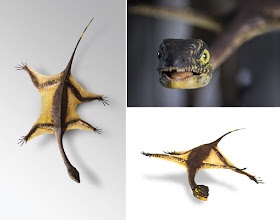 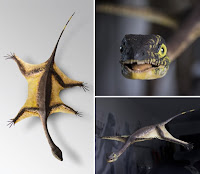